If You Thought The Old Fake Apple Stores Were Good, Wait Till You See This! [PHOTOS/VIDEO]

Remember the fake Apple Stores we talked about back in July? While they were pretty good in their own right, this new faux store discovered today simply raises the benchmark for authentic, counterfeit retail stores. 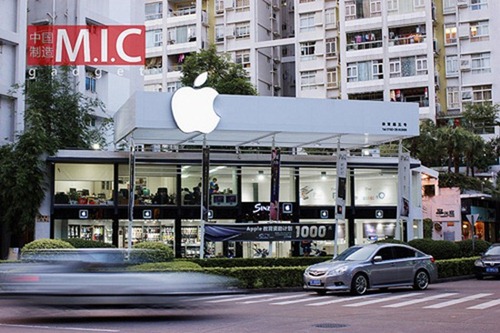 The store was discovered yesterday by the folks over at M.I.C. Gadget in the city of Zhongshan, China and is the most impressive fake store yet! While obviously not exactly like original Apple Stores, this knockoff is very, very convincing. 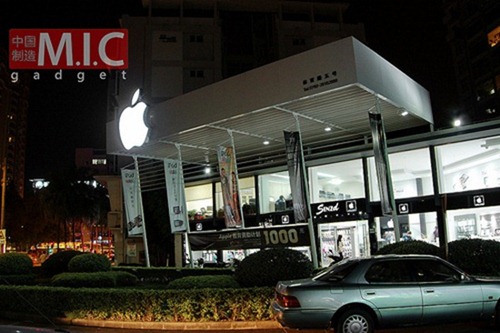 As with most Apple Stores, the building’s exterior places a heavy emphasis on crystal clear glass through which onlookers can see the entire store and the hustle-bustle that goes inside it. There is a glowing white Apple logo on the front which, M.I.C. Gadget says, is almost the same size as real ones. 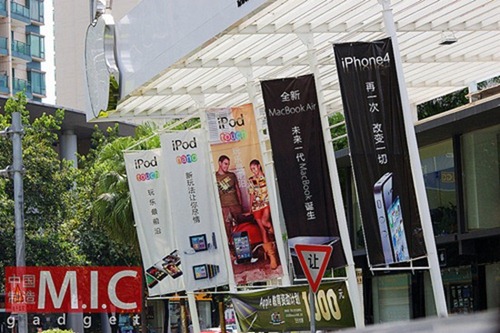 In an attempt to make the retail experience even more authentic, the knock-off store features banners promoting Back-to-School deals wherein college students and teacher can avail rebates of up to 1000 yuan ($156) when buying a new MacBook.

Moving inside, you’ll see employees wearing the usual blue t-shirts with Apple logos on the front and a Sinzd logo on the back (which is apparently the store’s actual name). All products on display are the real thing with no fakery involved: you’ve got iPhones, iPods, iPads, MacBooks, iMacs etc. – the usual suspects. 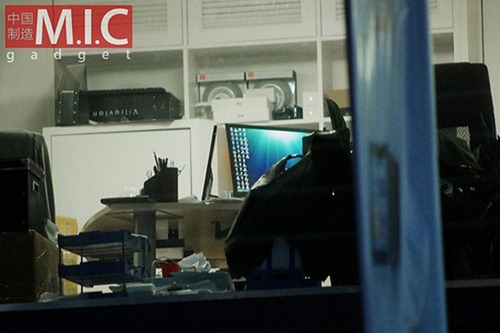 Unfortunately, that’s where the similarities end and the dissimilarities begin. From outside the store, you see the cluttered workspaces of the folks, well, working there. These workspaces aren’t Mac-only either, as M.I.C. Gadget spotted one computer running Windows XP (above). There were no wooden tables or stone flooring nor one of those characteristic winding staircases. Instead of wooden tables, good-quality plastic ones are used which actually don’t look that bad. 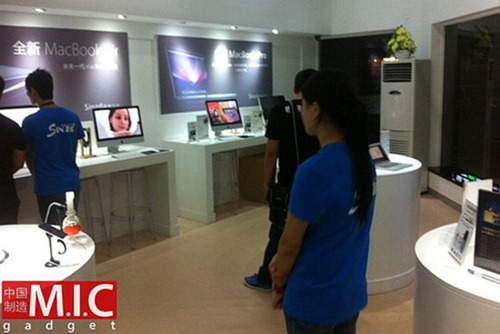 Things get a little shadier as more details reveal themselves: the display white iPhone 4s are actually black ones transformed with a conversion kit and, some the display iPhones are jailbroken. Yes, jailbroken iPhones and iPads on display at an Apple Store-like retailer. Customers can actually get their iOS devices jailbroken from the store if they want to. Once jailbroken, employees even help users install cracked apps.

While, yes, these kinds of stores do help sales, it is at the potential expense of bad PR which a brand-conscious company like Apple simply won’t allow. The older knockoff Apple Stores we talked about were ordered to shut down operations and we honestly wouldn’t be surprised if this one goes down the same path.