Humor: ‘G-Male’ Hooks Up With Siri In An Entertaining Sketch [VIDEO]

While question marks still remain regarding Siri’s ability to properly recognize spoken word, judging by the amount of parody videos going viral, Apple’s voice assistant software certainly  has a pretty enviable career to fall back on in the entertainment industry.

In today’s particular sketch – courtesy of YouTube side-splitter Comediva – sees Siri fall in and out of love with the man, known as G-Male. Portrayed as a fairytale-like story, there are humorous cameos from Hotmail, Yahoo!, and also AOL, which is represented as an old man pondering Siri’s lightning speed to a backgrounded dial-up tone. 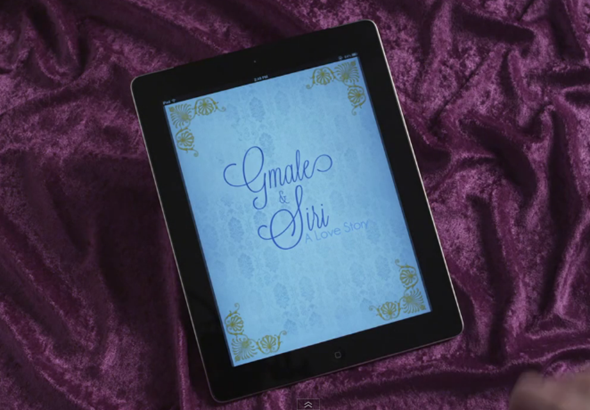 Siri and G-Male have their ups and downs, with one argument flaring up due to each party adamant their chosen route to a destination is indeed the correct one. Since Apple is currently in the process of dealing with two class-action lawsuits from disgruntled iPhone 4S customers – both unhappy about Siri’s real-life performance versus the ad representation – the video may also serve as a flashback to those feeling as though they spend more time arguing and cursing Siri than managing to garner any real use from it.

For me, a personal highlight has to be the Yahoo! cowboy, who, after yelping the company’s famous catchphrase, composes himself, before staring into the lens of the camera and saying "don’t sue us!".

The web, or specifically, YouTube, is strewn with videos and channels of iPhone 4S users having fun with the fruit company’s maverick assistant. We’ve featured a few of the best here at Redmond Pie, and although we did enjoy Siri’s "intervention" while caught in the middle of a domestic argument, the supposed "Banned Siri Scotland" video, which was basically a whole minute of a Scottish guy cursing coarsely at his iPhone, tops our charts.

Although Siri is available in a number of languages (Japanese was recently added in the iOS 5.1 update), there’s still a lingering feeling that in order to enjoy Siri’s features to the max, one needs to "put on" an American accent.

Since "she" is still in beta stage, maybe we, along with the tech world, are being a little too harsh on her. After all, with tens of millions of iPhone 4S users all requesting her knowledge, I’d say it’s pretty impressive that she can be in so many different places at once!