HTC’s One has followed in the footsteps of the Galaxy S4 (aside from the obvious) in releasing as a stock Android variant, doing away with Sense 5, BlinkFeed, and all the other packaged software taking up that valuable storage space. It was announced by Google’s Sundar Pichai at D11, and means consumers can get hold of the HTC One running Android and only Android.

One of the annoying things about owning a Samsung or HTC device is that, along with the usual fix of bloatware, you also get the overlay of TouchWiz or Sense, which can be of major annoyance if you simply don’t want them there. The only way to avoid this situation is to purchase a device running stock Android, but unless you happen to buy a Google-sanctioned Nexus, finding such a handset without all the unnecessary add-ons can be rather cumbersome. 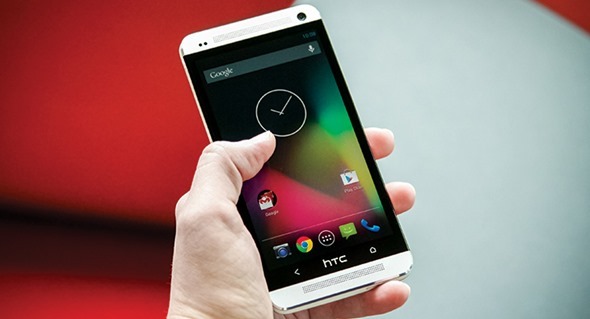 But after it was revealed at I/O that the Samsung Galaxy S4 would be releasing without all the usual and unwanted baggage, the rumor mill instantly began speculating whether the Taiwanese company’s flagship would follow suit. Pichai’s announcement has now confirmed this to be true, and as of June 26th, and will cost a cool $599 off contract. And yes, it will come with an unlocked bootloader, will support LTE on AT&T and T-Mobile, and will feature Beats Audio out of the box.

This is a big step for the future of flagship devices, and means that this time next year, many will hold off the initial launch period in the expectation of a stock version releasing shortly thereafter. 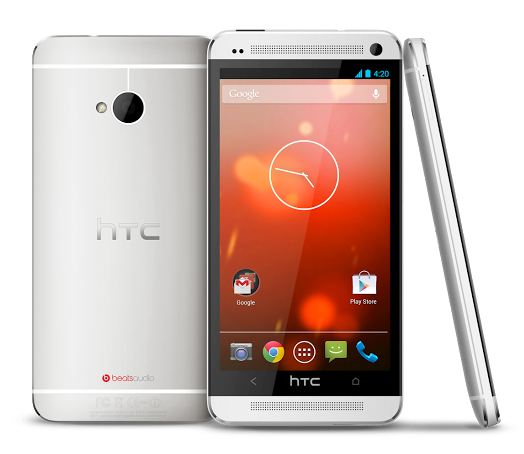 As the proud owner of an HTC One, I am a little gutted that I didn’t hold off and wait for the announcement of the HTC One with Nexus User Experience. BlinkFeed is easy enough to hide if you don’t want it, and once you’ve got your own favorite launcher running, everything’s fairly tolerable. But looking into the Settings and seeing just how much this extra timber is costing me does leave me dying a little bit inside, and with no option of expandable memory, that’s all space I’ll never be getting back.

So, if the Samsung Galaxy S4 running stock Android swayed you, now there’s another, similarly equipped device to potentially pique your interest.

I can imagine it would be a big ask to see these additive free handsets release from the get-go next time around, but at least those seeking a stock Android experience won’t be forced to contend with features they neither want nor require.