Google Play Music All Access For iOS Announced, Releasing On iPhone And iPad In The Coming Weeks

It may not have been the biggest announcement made at Google’s I/O developer conference, but the unveiling of the company’s Google Play Music All Access service outlined the Big G’s intentions to compete with the modern day streaming music services. Google Music has provided a platform for music fans to listen to and store some of their favorite tracks, but with All Access thrown into the mix, the likes of Spotify and Pandora now have a genuine contender from Mountain View. The accompanying app was updated for Android straight away, and while any kind of Google Music app for iOS has been conspicuous by its absence, Google has announced a version for iPhone, iPad and iPod touch users is now incoming.

It has taken a long while for the search giant to show any kind of Google Music support for iOS, but with All Access now serving as the catalyst for a genuine assault on the audio market, it would seem Larry Page’s outfit is finally ready to broaden its potential reach.

Hitherto, it’s rather understandable that Google hasn’t seen the porting of the Android Music app to iOS as a project worth pursuing. After all, Apple’s mobile OS goes hand-in-hand with iTunes, and without the All Access bit, Google Play Music was never going to hold a candle to what its Cupertino rival has based its entire mobile services around.

Now, though, with the kicker of All Access bringing a degree of appeal to those running iDevices, Google is finally ready, and soon, Apple gadget owners won’t need to be scratching around for third-party alternatives. One of the more popular, gMusic for iOS, was updated last week to incorporate the new All Access feature, but even though it has served its purpose well, it’s certainly good to see some official support on the horizon; better late than never. 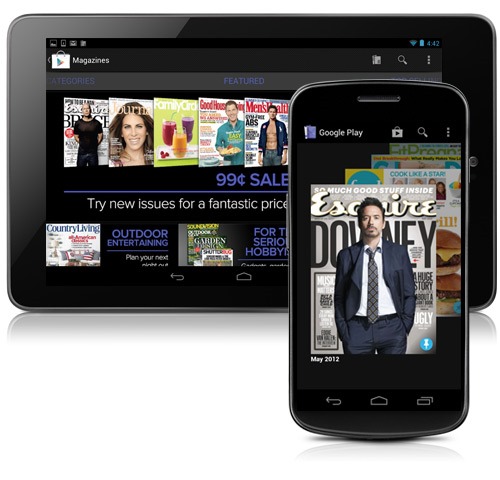 We will, of course, be keeping our eyes open for the release of Google Play Music (featuring All Access streaming) for iOS, so make sure you stay tuned to our coverage here at Redmond Pie!

In the meantime, do you think Google has a chance of competing against the likes of iTunes and Spotify, or have said services established themselves beyond all possible reach? Do share your thoughts below!