Microsoft Releases ‘Xbox One And Design’ Video, Gives A Glimpse Of The Design Process

A short while ago, we saw a beautiful unofficial 3D render of the Xbox One courtesy of Sketchfab, and to accompany that, Microsoft has delivered some insight into the design of its upcoming console in a new video posted to YouTube. The clip, which is entitled “Xbox One and Design” looks at how the aesthetics of the Xbox One came about, and how, in turn, the Kinect 2 and Xbox One Controller were also crafted in its image to create a very uniform product line.

The video has a very ‘making of’ feel about it, and checks out some of the concepts and ideas Microsoft toyed with before coming up with the eventual design. As is clear from the clip, Microsoft’s intention from the get-go has been to create something that looks as though it will comfortably blend into any living space; but then again, you already knew that.

Whether it has been a good move of the Redmond’s to deliver what is, to all intents and purposes, a set-top box inclusive of gaming capabilities as an afterthought, remains to be seen. Some gamers have naturally been a little bemused by it all, but whether its focus on TV and general entertainment have detracted from the fundamentals or not, the Xbox One is still rather easy on the eye. 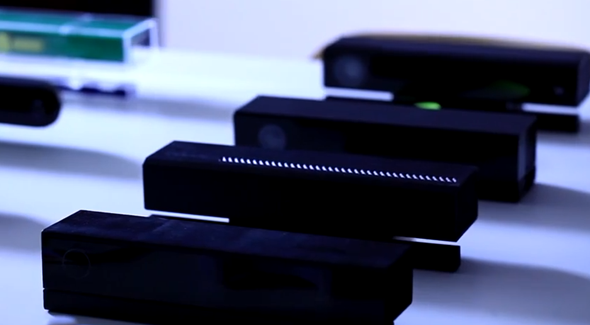 The software maker’s head of industrial design, Carl Ledbetter, certainly doesn’t think the Xbox One has shunned the hardcore gamer. He does, however, go on to stress that the console is no longer your traditional, out-and-out gaming machine, as reflected by its design:

Xbox One needs to serve our most loyal gaming fans, and deliver unique entertainment experiences, so its design has to make an appropriate statement that reflects its capability as an all-in-one entertainment system.

The design video takes a look at some of the key changes to the console from the current 360, as well as other features of the Kinect 2 and control pad. It’s an interesting watch, and if you wish to check out the six minute clip, you can view it via the embed below:

What do you think – a servant to the most loyal gaming fans? Or simply a trumped up set-top box? Leave your thoughts below!