Since the HTC One M8 dropped earlier on this year, the Taiwanese outfit has been fairly quiet, allowing Samsung and iPhone to take center stage, but now, the company is back with a handset focused almost solely on selfies. With many of us obsessed with the idea of taking pictures of ourselves, HTC wants to ensure that the quality doesn’t suffer, and the Desire EYE, with its 13-megapixel camera, touts a caliber of front-facing snapper that compares with most rear-facing shooters.

With Apple having chosen today to send out invitations to its upcoming iPad event and Samsung constantly trying to draw attention to the Galaxy Note 4, HTC’s Double Exposure event in New York has been somewhat overlooked. However, the maker of last year’s most critically-acclaimed handset has come through with a very interesting concept in the Desire EYE, and if you’re a selfie addict, you’ll want to pay attention to this one. 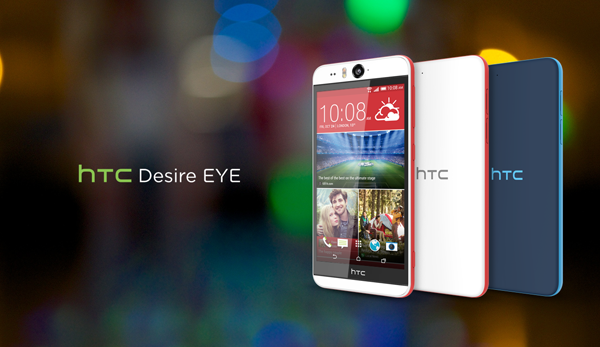 Not only is the front camera, with its 13-megapixel sensor, just as competent as the rear-facing effort, but unlike other niche handsets we’ve seen in recent times, it’s actually fairly high-end in terms of tech. specs.

The Desire EYE isn’t the first smartphone looking to capitalize on the selfie boom, but whereas most of these devices tend to sacrifice the overall experience to focus on the USP, the Desire EYE is fairly well stacked. Accompanying the 5.2-inch, full HD 1920 x 1080 display, there’s a quad-core 2.3 GHz Snapdragon 801 processor, 2 gigs of RAM and a base-level 16GB storage. 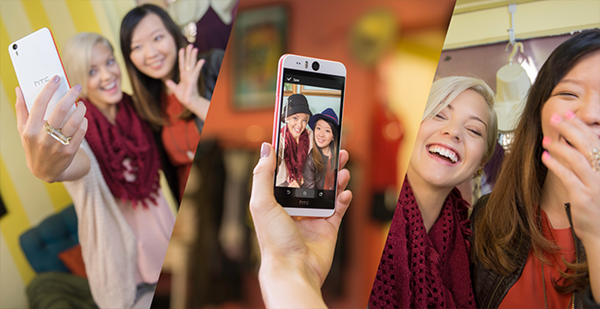 Those looking to take many, many selfies will be able to store them on a microSD card if they require more space, and given that both cameras include LED flash, you’ll be able to capture that Kodak Moment even when light is limited.

Initially, the Desire EYE will launch on AT&T exclusively, but eventually, should make its way to other carriers. Currently, no details on pricing are available, but if you’ve been waiting for device to feed your selfie tendencies, this is it.

Design wise, it’s no HTC One M8 by any stretch of the imagination, but it does look rather nice, and at the right price point, could enjoy significant sales.

On first impression, what do you make of the Desire EYE?