It was inevitable that after the launch of the iPhone 6 and iPhone 6 Plus, some of Apple’s fiercest rivals would jump on the news with a few opinions of their own, and while Taiwanese outfit HTC has sought to make a mockery of the Cupertino’s big launch, Samsung also couldn’t resist having a little dig at its fiercest rival. Find out what they said after the break!

No one is going to buy a big phone. Those were the words of the late, great Steve Jobs, Apple’s co-founder and former CEO. But they were the same words that Samsung is forcing Apple to eat in a new tweet, which responds with “guess who surprised themselves and changed their own minds [?]” 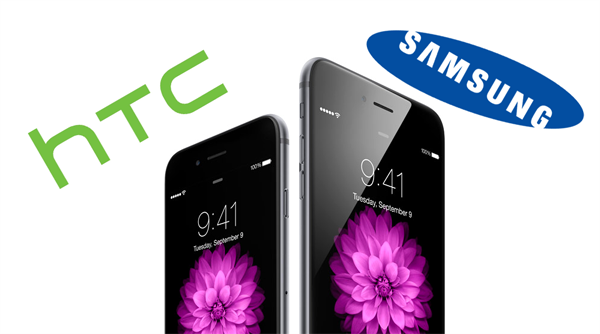 Certainly, the change in hierarchy at Apple since Jobs’ untimely death has made a considerable difference to the products that the company has released. Sure, we can’t say for certain what Apple would have done and what it wouldn’t have done under Jobs’ guidance, but not only was he averse to small tablets and large iPhones, but he was also a famously stubborn character. 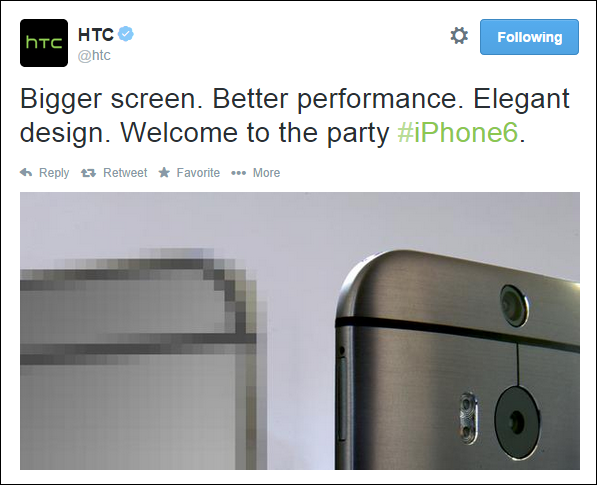 With Tim Cook in charge, Apple is now open to new ideas it seems, and the new iPhone line-up is just the latest in a myriad of products that almost certainly wouldn’t have flown under Messr Jobs.

With Samsung turning Apple’s words against it, HTC also waded into the debate shortly after, suggesting that Apple’s decision to delve into the world of larger devices is typically late. The tweet reads: “Bigger screen. Better performance. Elegant design. Welcome to the party,” before showing a picture of the HTC One M8 next to an obscured iPhone 6. 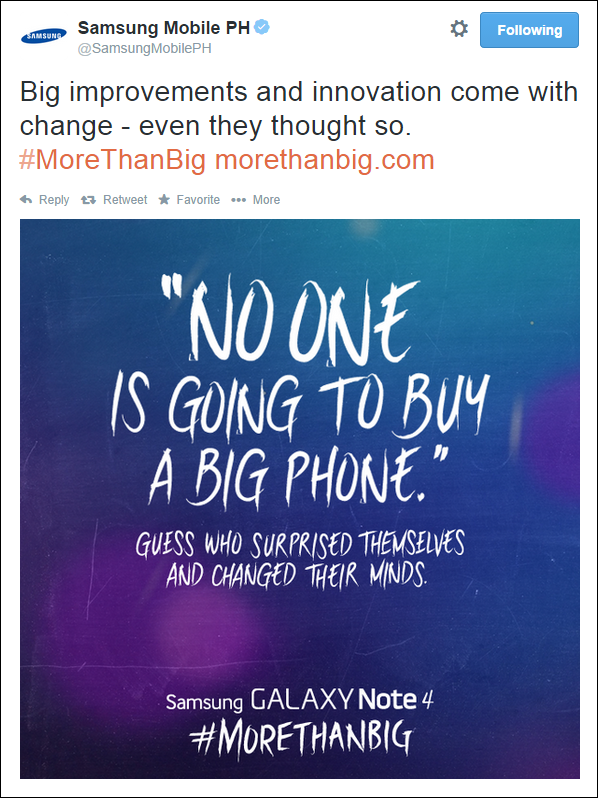 It’s only natural that Apple’s major competitors would want to push out these “look at me!” tweets during Apple’s big occasion, but in truth, they only serve to divide loyal fans of certain handsets and ecosystems.

Apple fans enjoyed posting responses to these utterances, while those with an affinity to HTC and Samsung seemingly lauded the anti-iPhone tweets, but with analysts suggesting that record numbers of Android users may jump ship to iPhone, those who’re keeping quiet will be the ones to watch when the likes of the Galaxy Note 4 and iPhone 6 / 6 Plus go on general sale.