Although the Apple TV has publicly been slated as a "hobby project" for the company, they seem to have been getting more and more use out of it over the last few months. The addition of some great new applications as well as the ability to stream the iTunes Festival and watch live presidential debates has turned the ATV unit into a must-have piece of kit. Today’s news further enhances the reputation of the unit with Apple confirming that they will be streaming the California based media event live through a new dedicated Apple Events app that has started appearing.

Unlike devices like the iPhone and iPad that require software updates to push new content to the product, Apple have the ability to update the Apple TV home screens remotely and add new web-based content at will. Several keen-eyed Apple TV owners have noticed the appearance of the new Apple Events icon that is themed in similar fashion to the event invites that were distributed last week for today’s press event that we suspect will be dedicated to the purported iPad Mini as well as being heavily focused on education. More on the event here.

The event is set for 10:00 am Pacific today (click here to see what time is it in your region) at the California Theatre in San Jose, CA. To make sure you are all set up to watch it live, turn on your Apple TV now, make sure it is connected to internet and wait for a few seconds, the new Apple Events app will show up in the menu automatically. 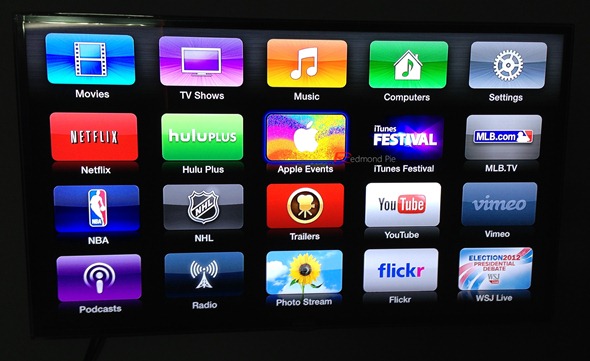 Now simply enter this app and select the Apple Special Event – Live tab to watch it today at 10:00 am Pacific time. 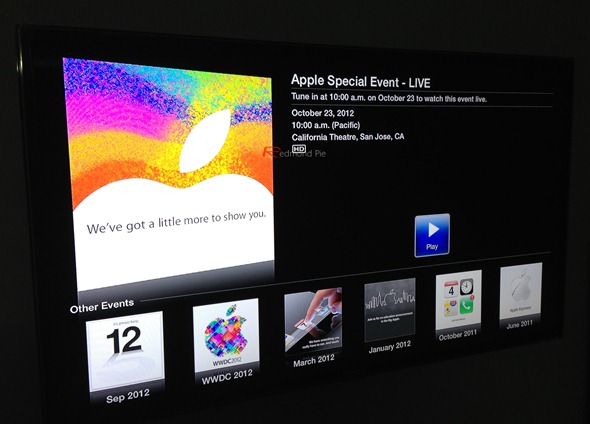 It’s been a big disappointment to most Apple fans over the last few years that the company have taken the decision to not live stream any major releases of media events to the public. The video is invariably added to the Apple website after the event has ended but that takes away the excitement of seeing Tim Cook and his team announce whatever it is they are there to introduce. The release of the Apple Events app today via the Apple TV clearly signifies their intent to allow us to watch directly this time, but it is unclear how far that will extend at the moment.

There has been no official word on whether or not the event will also be streamed via the Apple.com website but in my opinion it would seem unlikely that they were go to the trouble of creating this dedicated Apple TV experience and then make the content available live through alternative means. Hopefully the decision to allow us to tune in live to watch this latest media event will signify the company’s intention to stream all events going forward, even if it is via the Apple TV app.

Last but not the least, we will be covering everything Apple announces today in great detail here on Redmond Pie, stay tuned to our coverage which starts at 10am PST sharp.

UPDATE: Apple has now confirmed that they will be providing the live stream on web for iOS and Mac users on apple.com.