Innovative members of the jailbreak community are always coming up with new things to do with their devices. Some of those modifications are on modern devices, such as adding a cutting-edge new theme or tweak, and some are on old hardware for experimentation or whimsical purposes; such as this iPhone 4 which has been jailbroken on iOS 7 and made to look like a limited-functionality feature phone.

For those out there who have grown up with a smartphone and who have been blessed to have a powerful Apple, Samsung, HTC, or similar device in their pocket most of their grown life, the concept of a feature phone may be entirely alien. 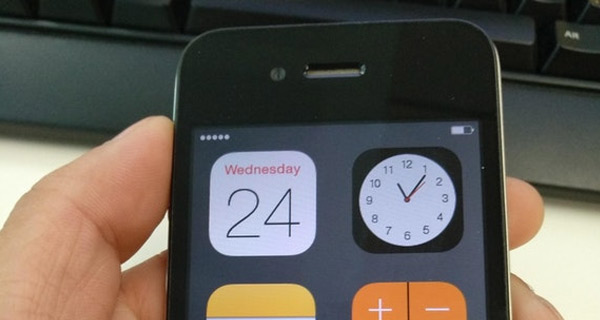 Before Apple reinvented the game with the iPhone, and before companies like Samsung were pushing out cutting-edge experiences with the Galaxy S range, a thing existed called a feature phone, which was basically a mobile device with functionality limited to phone calls, basic Internet usage, and text messaging. It may seem like we have progressed beyond those days, and that we are in a better place now, but some people, such as Reddit user Qualtza, have developed a way to take a jailbroken device, add a series of tweaks and packages, and attempt to mimic a basic feature phone by disabling a lot of features and capabilities. It’s not very likely that the average iPhone X user will want to jailbreak his/her device on iOS 11 and run through this process but for those with an older device that’s not used much, it’s quite a fun and interesting project, especially since older iOS devices tend to perform poorly on latest firmware versions.

The process, which has been written up in its entirety by the device owner, basically involves disabling any unnecessary functionality on the device, such as JavaScipt in Safari, iMessage, email, the App Store, and anything else that can be disabled which wouldn’t have been present on an old-school feature phone. 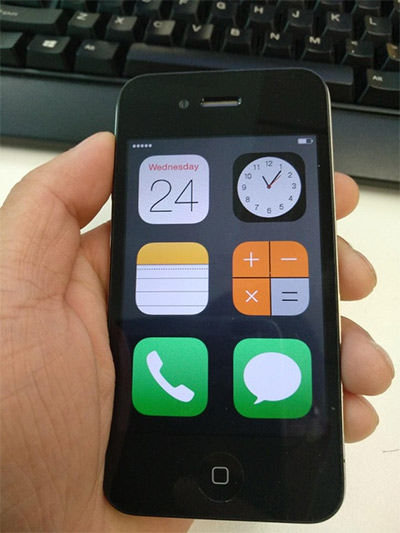 It also involves the installation of a ton of tweaks from Cydia, such as HomescreenDesigner, NoKeyPop, iCleaner Pro, and HideHomeTime, to name a few. There is also a fairly extensive setup process which involves customizing those tweaks to give the exact look and feel which has been achieved on the iPhone 4.

If you like what you see, have a spare device you’d like to try this on, and have some spare time, then you can check out the full process description over at Reddit here.