Facebook has today announced support for 360-degree photos, enhancing the existing photo-sharing abilities that were first added to the platform over ten years ago. And yes, that makes me feel very, very old indeed. Live for users who access Facebook via the website or the updated version of its iOS and Android apps, Facebook’s new 360 photo support is actually surprisingly simple to use both for those uploading their 360-degree images, and those who are viewing them at the other end of the process.

For those uploading images, all they need to do is take a panorama using either an actual 360 camera or an app that supports taking 360-degree photos. When done, users simply need to upload the images in exactly the same way they would any other photo, with no special actions or changes needed in order to make Facebook recognize the image as one that is 360-degree capable. 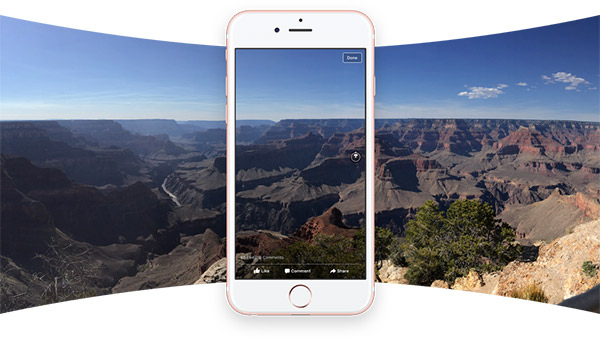 Viewing the images is even easier. Users will be able to spot 360-degree photos thanks to the compass icon that will appear on their right-hand side. Tapping or clicking the image will open it, and users can drag, swipe or even just move their smartphone around in order to move the image itself.

Furthermore, those with supported virtual reality headsets, such as the Samsung Gear VR, will be able to go one step further and experience the images in VR. What a world we live in!

Late last year, Facebook added support for 360-degree videos to both the desktop and mobile version of the immensely popular social network.

And now, Facebook is in the process of rolling out full support for uploading 360-degree photos and images right now, so if you can’t yet do it, just hang tight – you’ll be able to share your photos sooner rather than later.