How To Play Wolfenstein 3D Online In Web Browser For Free

Here’s how you can play Wolfenstein 3D online in your web browser on just about any device or platform for free.

We often talk a lot about old-school console emulators, including giving you advice on how to download and install some of the best emulation experiences onto your mobile device. However, for those who are hardcore fans of old-school gaming, and much prefer reliving experiences from their youth, then you will be delighted to know that it’s now possible to play the entire iconic Wolfenstein 3D game in your web browser. 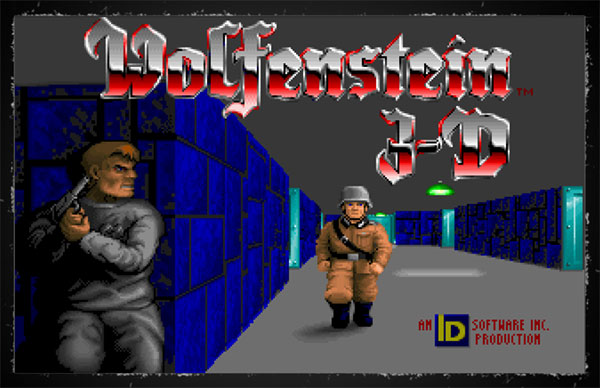 Yes, that’s right, the world’s first 3D first-person shooter is playable from any old or new browser, on any device. Most millennials kicking around will be used to playing wonderfully advanced and stunningly beautiful games like the latest Call of Duty titles or Grand Theft Auto on Xbox One or PlayStation 4. In fact, a fairly decent percentage of those will likely now be involved in the world of virtual and augmented reality gaming, which is, of course, a far cry away from what was possible when Wolfenstein 3D was released back in 1992, a whopping 25-years ago.

Still, the game is as playable and enjoyable now as it was then, which is likely why someone has taken the opportunity to package it up and go to the lengths necessary to offer it through the web. 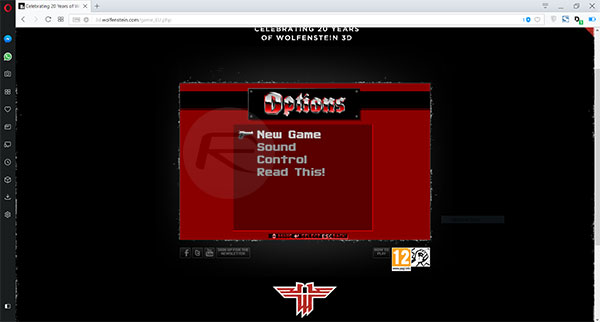 That means if you are on a Mac, Windows or Linux-powered PC, a Chromebook running Chrome OS, an iPhone or iPad running Apple’s iOS 11, or even a modern Android smartphone or tablet, you have almost immediate access to the full experience of the world’s first 3D first-person shooter. This particular port of the game is rendered visually through the web browser of choice and relies on the device’s keyboard controls to navigate the arena and control the main character. 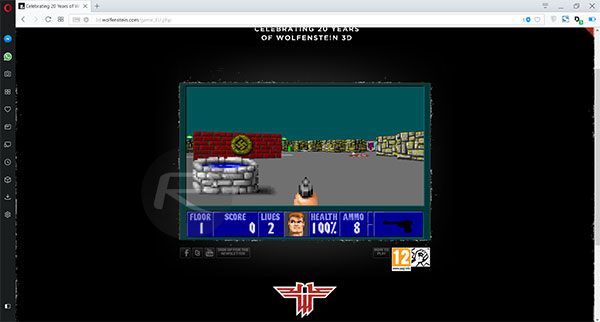 Predictably, the up arrow is used for forward, down for backward, right arrow to move right, and the left arrow to move left. Using the Shift key invokes a faster moving character, with Spacebar to interact with items such as locks / doors, and the X key to fire a weapon. The numbered keys will help you change your weapons too. The requirement of using those keys to control the character and gameplay means that actually running this on a smartphone or tablet will be extremely problematic, unless you can hook up a Bluetooth keyboard with the device, but it’s definitely worth it for the giggles that it brings, and the fact that you can see this on your small screen quite easily when once upon a time this was the cutting-edge of what was possible.

If you’re interested in reliving Wolfenstein 3D, then all you need to do is visit the dedicated 3D Wolfenstein web page at the following link: 3d.wolfenstein.com to start playing it!