Apple may have already released a temporary fix for the raging and infamous iOS text bug which can easily crash your iPhone, but not only is the fix temporary, it can be a bit tedious as well for most users to go through. Enter – IneffectivePower, a jailbreak tweak which should help you counter the threat of this bug permanently.

With the temporary fix out, a quick and effective update is the need of the hour as security analysts have already pointed out the substantial risks such as having an iPhone hijacked, or hacked for that matter through the use of this exploit. Apple has however said that it’s planning on releasing a fix, likely in the form of the iOS 8.4 firmware update – something that could get very tricky for jailbreak users and those already waiting for one running iOS 8.3 which cannot be jailbroken for now. 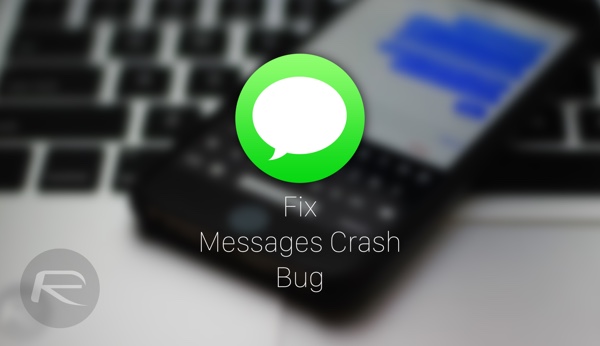 Luckily for users of jailbroken iPhones, this Cydia tweak should help you avoid the perils associated with that nasty bug. There are a few other fixes for the bug available on Cydia at the moment, however IneffectivePower’s developer, angelXwind is saying that her fix is currently the better option out there as it works on a system-wide level. “IneffectivePower is a tweak I wrote that stops the infamous “Effective Power” text string from crashing CoreText on a system-wide level. This means it should work in every app.”

So yes, this fix not only will fix the bug in Messages app, but also in third-party apps like Snapchat and Twitter. Apparently, this tweak injects its magic at the “CoreText level as opposed to being injected into SpringBoard.” 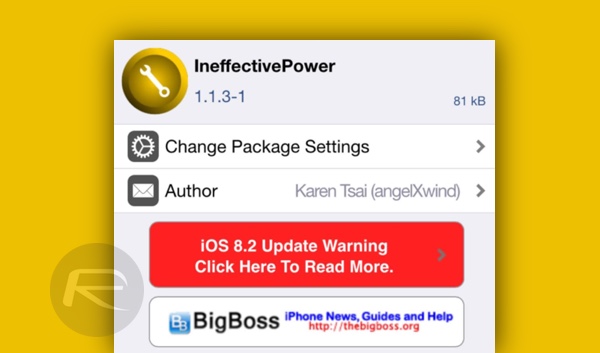 To install this tweak, you will need to add a new repository to Cyida: http://cydia.angelxwind.net/. Once added, you can download the tweak free of cost, and you will see that it will protect your iPhone from such notorious unicode characters-based text messages in the future.