How To Open Any Third-Party Camera App Instead Of The Native One From iOS 5.1.x Lock Screen On iPhone

It would seem that iOS developer Ron Melkhior is quickly becoming one of the most productive jailbreak tweak developers of late, a thought that is only strengthened with the release of his latest package into the Cydia store. Melkhior has pushed out his latest creation, called GrabberApp, that should give some extra choice to users who make use of iOS 5.1’s lock screen camera implementation. 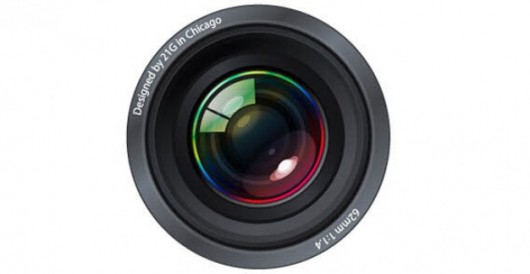 The GrabberApp tweak, while useful, doesn’t really offer any great functionality that we haven’t already seen before with jailbreak packages, but in this instance the developer has chosen to make use of an already existing feature and extend its use. In iOS 5.1, Apple amended the way camera icon is handled on the lock screen by making it permanently visible rather than having to double tap the lock screen button.

GrabberApp hooks into that implementation and allows users to amend the icon functionality to exist beyond the scope of the native Camera app. The tweak essentially allows users to launch any installed app from that icon, but with the added ability to smoothly swipe up from the icon to the top of the display to bring the new application into view. 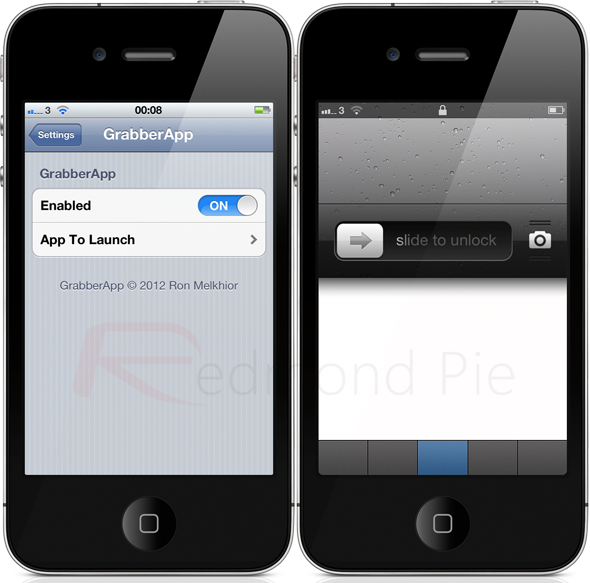 After installation, GrabberApp doesn’t append the Springboard with any additional icons but does come with its own preferences bundle that exists within the native Settings application. The GrabberApp settings offer the all important on and off toggle that all jailbreak tweaks should come with, as well as the ability to select which app should be loaded into view when the user taps the camera icon or swipes up from it.

Pretty much any application can be set to launch from the lock screen icon, including system app, user installed applications like Camera+ from the App Store as well as anything launch-able installation from Cydia. For it to function, GrabberApp depends on having the latest ‘grabber’ version of the camera icon on the lock screen. Therefore, if your device contains a firmware version less than iOS 5.1, a secondary free of charge tweak called Camera Grabber for iOS 5 will be installed to allow it to work.

GrabberApp is available as a free of charge download from the BigBoss repository and requires iOS 5 or above.