What do you get when you combine the interface and responsiveness of Siri with the multi-linguistic prowess of Google Translate? Well, a new app for iOS called iTranslate Voice offers a pretty good amalgamation of the two, and is actually surprisingly accurate in its translations.

Translating from one language to another used to be something reserved solely for human translators – most of whom charge premium rates to perfectly process text or speech from one language to another. Google Translate, which is not the finished article by any means, does a pretty decent job in a hurry, and unlike the many word-for-word auto-translation programs and webpages out there, it actually tries to structure the translated text as per the desired language. 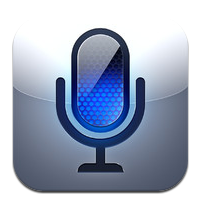 Siri, meanwhile, is another unrefined gem in the technology spectrum, and although it has garnered a fair amount of attention, it does have some difficulty hearing and processing a variety of commands – particularly those from a non-American.

Thus, iTranslate Voice does require you speak in a slow, almost patronizing manor in order to properly hear what you’re trying to say, but for a 99 cent app, it actually performs surprisingly well.

It’s not going to translate more than a few short words or a sentence at a time, so it will not suffice for the power users out there, but if you need to quickly translate a phrase, iTranslate Voice is the most convenient and accurate app we’ve encountered here at Redmond Pie.

Created by Sonico Mobile, the Siri-like interface isn’t the only thing iTranslate Voice has in common with Apple’s system-wide voice recognition technology – it’s also powered by the same technology – Nuance, and if Siri were ever to offer support for instantaneous translations, this app demonstrates how it would likely look.

Your conversations with iTranslate Voice are initiated by touching a circular, Siri-esque glowing microphone button, and to add a little spice to the interface, flags of the countries you’re translating to and from are also displayed.

iTranslate covers an impressive 31 languages, but not all of them support both text-to-speech and voice recognition. It requires an internet connection for translations to take place, although it would be useful if there was the option to store some common phrases locally for offline reference – such as in-flight learning before touching down in a new country. Maybe in an update?