How To Get The iOS 5.1 Camera Lock Screen On Your iPhone Or iPod touch Running iOS 5.0.1

Although Apple pushed out iOS 5.1 along with the release of the new iPad earlier this month, it didn’t really bring any earth shattering changes to delight the iOS user community. One of the additions that Tim Cook and his team talked about is the fact that they have removed the option to double tap the Home button on the lockscreen to display a camera shortcut button in favor of permanently displaying a camera icon that reacts to a swipe up gesture. 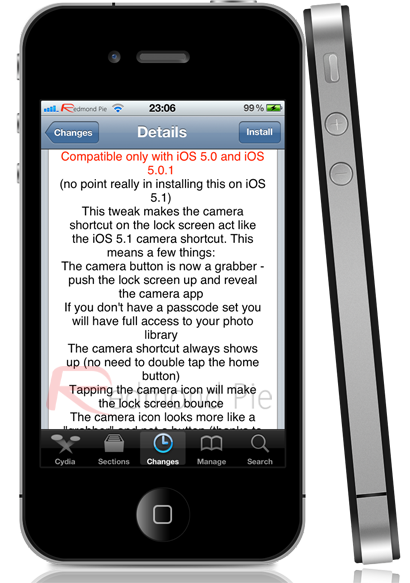 As of iOS 5.1, the shortcut to the Camera app is now always visible on the lockscreen for the iPhone 4S, iPhone 4, iPhone 3GS and the iPod touch 4G. A vertical sliding motion on the shortcut causes the lockscreen to be smoothly dismissed and the user is presented with the camera’s viewfinder, allowing photographs to be snapped and captured quickly without the need to unlock the device and locate the Camera app. Camera Grabber for iOS 5 is a newly released jailbreak tweak that can be found in Cydia and basically exists to mimic the new shortcut functionality that Apple have implemented in iOS 5.1.

Jailbroken users are obviously staying away from the latest iOS update due to the fact that no stable and complete jailbreak is available for that particular version of the firmware. Sticking on to an outdated firmware means that in some instances, jailbreak fans will ultimately miss out on some added features until the dev teams come up with an untethered offering for device liberation. However, with the release of Camera Grabber for iOS 5, developer cjori has ensured that we can enjoy the updated quick camera access without having to run a stock version of iOS. 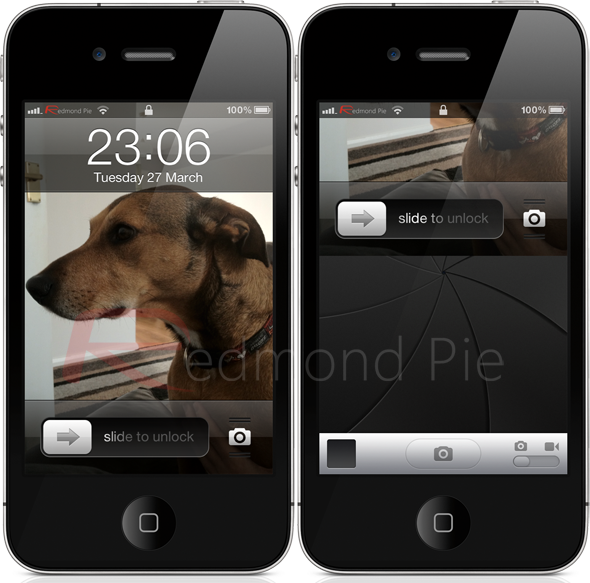 After installation, Camera Grabber does not install any additional SpringBoard icons or come with any dedicated preferences entries. The slide to unlock bar is notably shortened to accompany the new grabber type camera button, which is then invoked by sliding vertically. The tweak is a pretty much perfect implementation of the official update by Apple and even respects the passcode rules, meaning that if a passcode is activated;  the user won’t be able to gain access to the Camera Roll without entering the code successfully.

Camera Grabber for iOS 5 is available from the BigBoss repository as a free of charge download and supports the iPhone 4, 4S, 3GS and iPod touch 4G. iOS 5.0 or 5.0.1 is a requirement to install this tweak.