How To Make Airplay Work With Just About Any App On iPhone, iPad, iPod touch [No Jailbreak Required]

Not every app available in the broad range of iOS apps is designed to be fully AirPlay compliant, however as with most limitations beset upon our digital devices, there is usually someone else on hand with a tweak or a workaround in order to circumvent the problem. In this case, Lifehacker has divulged a few very simple steps you can take in order to force the audio to be streamed though to your Apple TV or AirPlay enabled speakers, and it does not require any jailbreak, although it doesn’t work with video. 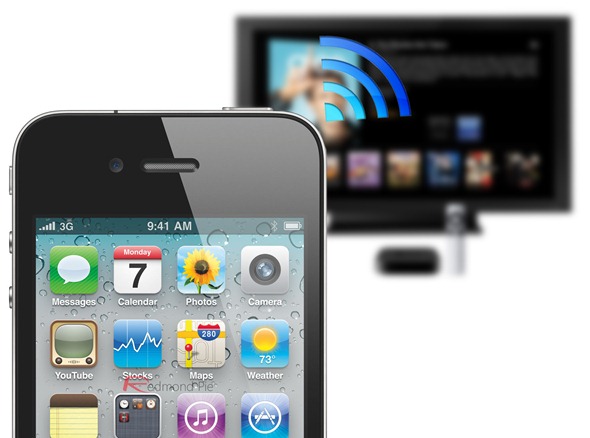 Here is a brief overview of what you have to do, and it only takes 10 seconds:

Step 1: Begin playing the song, video, or general sound from the app through which you wish the audio to be projected through, apart from the native iPod app of course.

Step 2:  Tap on the sleep button in order to lock your iDevice.

Step 3: Now tap the Home button to wake up your device.

Step 4: Now double click the Home button to bring up the iPod controls which will reveal the Airplay button. (Obviously if you have changed the sleep or iPod controls commands through Activator, then the story will be a little different)

Step 5: Click on the AirPlay button which appears and you will then be able to opt for whichever device you wish to stream to.

And that’s it! If you wish to change it back you will have to do so following the above steps again, or via an actual AirPlay-compatible app. But it is a small price to pay for the ability to stream audio that you weren’t meant to be able to!

Alternatively, if you have a jailbroken iPhone, iPad, or iPod touch, you can try AirVideoEnabler tweak from Cydia which can enable AirPlay (with video support) support in all third-party apps.

For those of you who are unaware, AirPlay is a revamp of an idea formerly known as Air Tunes, which allows you to stream content such as audio, video and photos between compatible devices. It used to only allow streaming of audio, but just under a year ago, Steve Jobs announced the expansion in the form of iOS 4, which has promised further improvements and features over the last 12 months. At the WWDC 2011 event, Jobs spoke of AirPlay Mirroring, whereby iPad 2 users can stream the screen securely to a HDTV, as can already be done with a HDMI cable, but without the physical connection. It will be packaged along with around 200 other changes when iOS 5 drops.

It is a good solution especially for iPad users as it allows families to enjoy content downloaded onto the tablet through the iTunes Store on their Apple TV 2G or other AirPlay compatible devices. But from a productive perspective, its faults have come under some scrutiny. The lack of compatibility with a number of apps, especially the likes of Keynote which would allow for wireless presentations, have meant that AirPlay has yet to fulfill the obvious potential it beholds.