How To Install WhatsApp Beta With iPhone 6 / 6 Plus Support

Most of the big names in the app world have benefitted from a 4.7 and 5.5-inch upgrade, but there’s undoubtedly a billion dollar name missing from the compatibility list, isn’t that right WhatsApp? An official update isn’t far off if Internet chatter is to be believed, but how would you like to get your hands on the latest beta of the world’s most popular mobile messaging platform right now? Find out how after the jump. 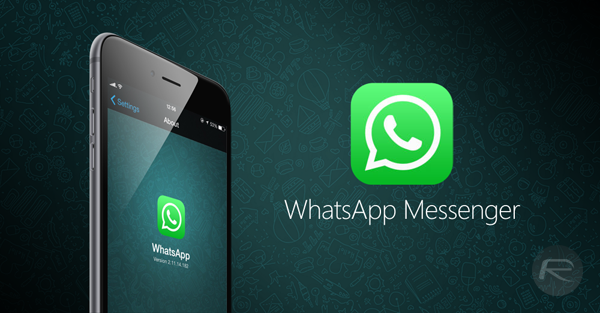 If you’re a regular WhatsApp user, and let’s face it, most of us are, then you’ll no doubt want to take a peek at what’s coming when the update officially hits the App Store in the following days and weeks. Considering there’s no official timescale on when the Facebook/WhatsApp team will release the next version it’s likely that more impatient amongst us will want to get a head start with the new features and functionality contained within. Thankfully, it’s entirely possible to get the latest beta without much fuss, but like all good things in life this does come with a few potentially show-stopping requirements:

If you’re prepared to accept the prerequisites above and want to proceed with the installation of the latest WhatsApp beta then carry on reading below.

Step 1: First of all you will need to launch Cydia on the device and install AppSync Unified Beta from the developer’s repository. If you don’t have this repository added then you will need to add a custom repo with the following address: http://cydia.angelxwind.net

Step 3: When the device has been rebooted, open Mobile Safari and navigate to the following address: https://dev2.whatsapp.net/ios/WhatsApp/ 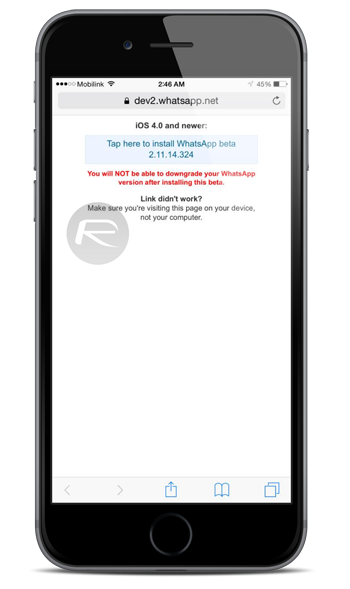 Step 4: Tap on the Install WhatsApp Beta link at the top of the page.

Step 5: When the download and installation has finished you should be able to launch WhatsApp as usual from the device’s home screen. 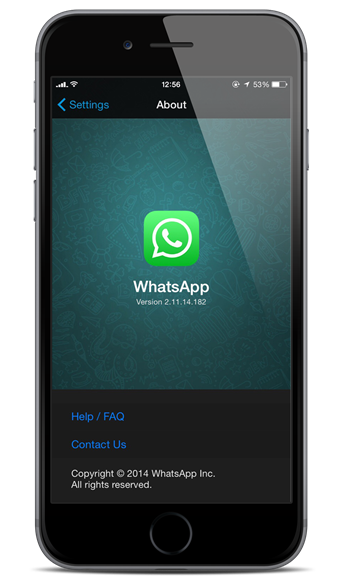 There’s no officially released changelog for what’s actually going to be included in the latest version of the popular messaging app, but that’s half the fun isn’t it? Have fun exploring the application and see what new functionality you can find.