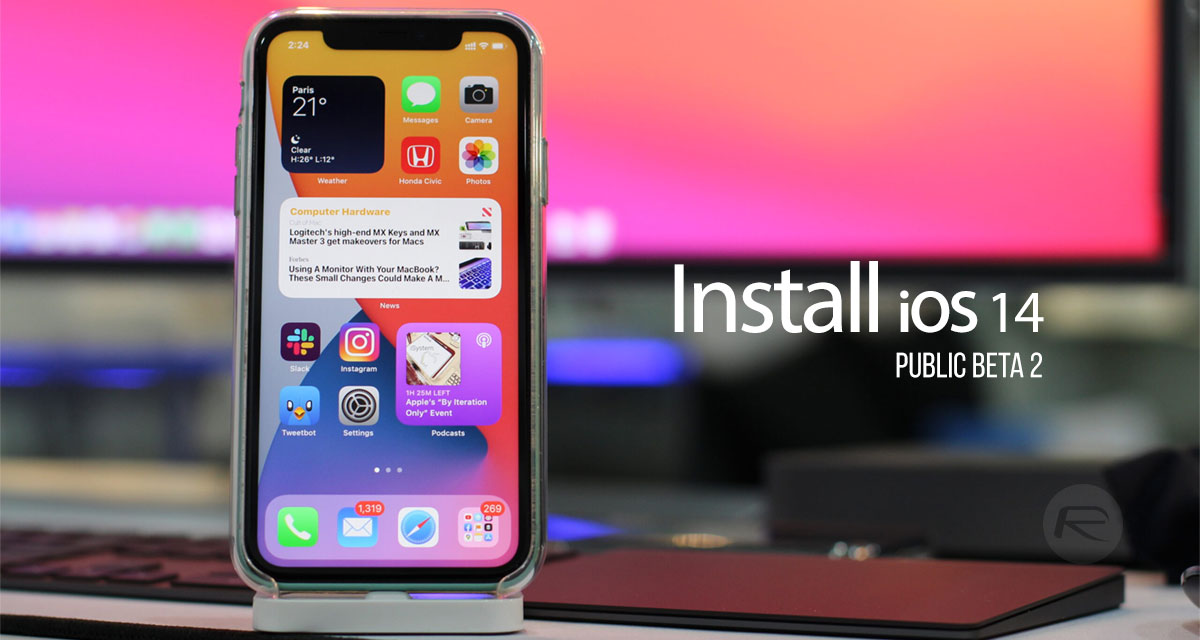 The first of those is the fact that beta software shouldn’t be considered as stable and probably shouldn’t be installed on a device that’s important.

We’d also suggest taking a full backup of your iPhone or iPad, whether that’s via iCloud or a computer as well.

This iOS 14 public beta release will also only work on specific iPhones or iPad, compatibility of which you can check here.

Assuming you’re happy with the situation and have one of these devices, here’s how to progress.

How to Install the iOS 14/iPadOS 14 Public Beta

Step 1: You need to be enrolled on Apple’s public beta program first. Visit the beta program website to do that and click the “Sign Up” button to get started. Do this on your iPhone.

You’ll be asked which program you want to sign up for and to enter your Apple ID details.

Step 2: Once signed in, Click on the “iOS” or “iPadOS” tab and then the “Download profile” button. This will prompt you to download the beta profile.

Step 3: On your iPhone or iPad, head to Settings > Profile Downloaded section and install the profile.

Step 4: Once that is done, now open the Settings app and tap “General” followed by “Software Update”. Follow the usual software update process and wait for your iPhone to restart.

Now that you have iOS 14 and the beta profile installed you’ll also receive future public beta releases as well. They’ll be installed over-the-air as normal, too. Simple, right?