Although most of you will have become familiar with Google Now, for those who didn’t follow last week’s Google I/O conference, perhaps a little background information is in order. The service logs location, time, and user habits in order to help you to be as productive as possible, and the few who’ve had a little experience with the Jelly Bean (4.1) feature have reported it as working like a charm. 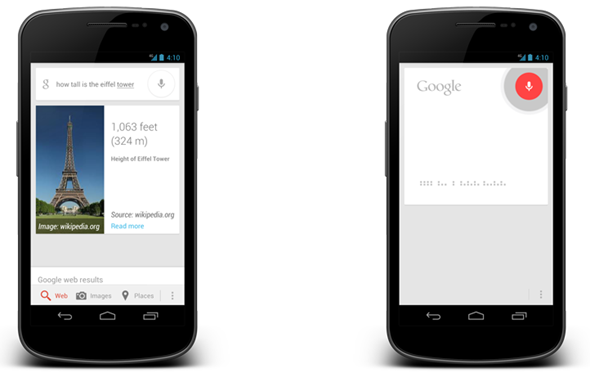 The work is credited to XDA Developers’ member febycv, who has figured out a way to install the feature on those running AOSP-based Ice Cream Sandwich ROMs. The sequence of installation is none-too difficult, and involves little more than modifying the build.prop file.

Those having tested it out so far have yielded mixed results, thus we only recommend installing on a device which isn’t your daily driver. To avoid any potential issues with stability, febycv suggests users revert changes made to the build.prop once the app has been installed.

As follows are the steps to get you up and running. As usual, proceed at your own risk. We will not be held responsible for any data loss or device malfunction as a result of following this tutorial.

Step 1: Connect your ICS device to your computer.

Step 2: Open Root Explorer, and browse to the /system folder

Step 3: Within the folder, you will see build.prop. Open it in a text editing application such as Text Editor.

Step 6: Reboot your device, then install the required app which can be downloaded from the XDA thread..

Step 7: Finally, edit the build.prop again with a text editor and ensure ro.build.version.sdk = 15 before rebooting once more.

And that’s it. Your device should now be running a relatively functional version of Google Now.

Patently, if you have any issues along the way, you should head over to the original XDA thread, where they’re happy to help with any queries.