How To Initiate A Voice Call, FaceTime Call, Or Send Messages From Anywhere In iOS

QuickCall, a new tweak just made available over at the BigBoss repository, essentially allows you to throw up your contacts in an impromptu fashion using an activation method of your desire, before skimming through your contacts and making a call, starting a FaceTime call, or sending a message. Not only is this insanely useful if you don’t wish to jump back through the home screen and between apps if you want to do different things, but the interface itself is very aesthetically pleasing. More details can be found right after the break!

Since Facebook came through with its promising (if unrefined) Facebook Home launcher replacement for Android complete with the cross-platform Chat Heads feature, scores of developers have sought to make our favorite ecosystems better at dealing with the social, multi-app digital world we find ourselves in. With most accustomed to using several different utilities to keep in touch with different members of their family and friendship groups, things have gotten a little out of hand, but implementations like Home are certainly a step in the right direction. 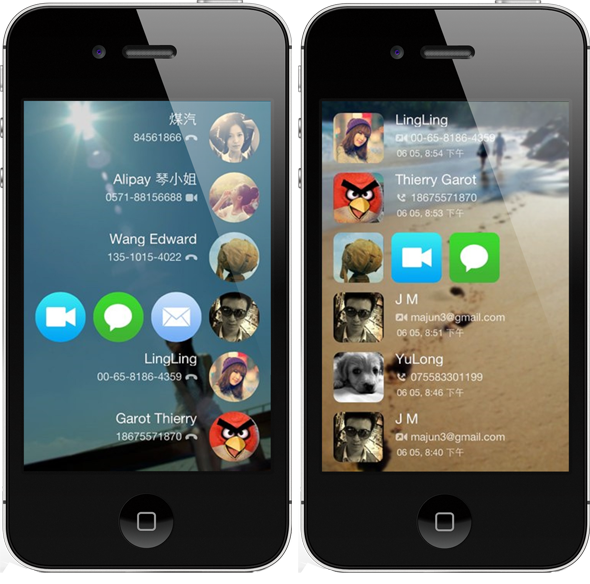 QuickCall is based around this mindset, and although it doesn’t really operate in the same way that Home does, you can see remnants of the flagship Facebook featurette throughout this tweak. The idea itself is very intuitive, bringing multiple contact functions to one interface, and the fact that it can be brought about at the drop of a hat is the icing on the cake.

As well as being able to call, message or FaceTime your general contacts, favorites, recent contacts and so forth, the UI of the tweak is very customizable. Thus, if you’re a bit of a themer and like to offer all of your tweaks and apps a degree of uniformity, you’ll be pleased to know that you can readily change the background from within the Settings app, where you can alter and tailor many other aspects of the tweak. 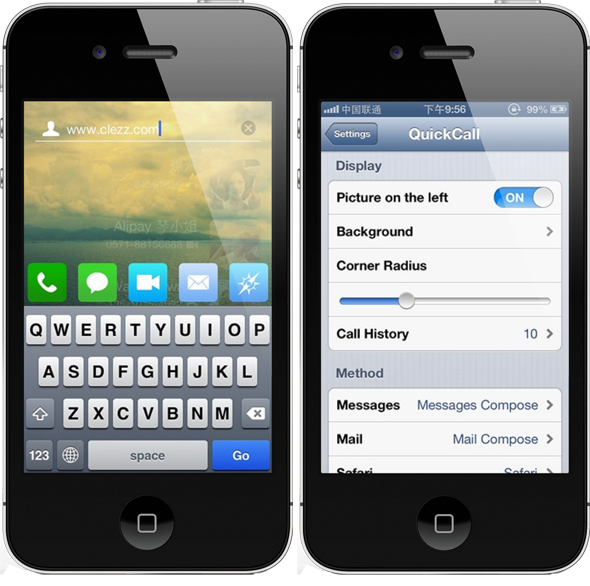 QuickCall gives you a three day free trial to test it out, and so you can ensure it’s something you really want before parting with any of your hard-earned dollars. Thereafter, it costs a mere $1.99, which certainly isn’t too much for a tweak that offers so much.

Download it from the BigBoss repo, and be sure to let us know how you find it by dropping a comment below!