How To Get Windows 7 Start Menu In Windows 10

Microsoft has obviously listened to enough consumer feedback to know that the iconic Windows Start menu within its Windows software needs to exist. After removing the Start menu option in Windows 8 and 8.1, the software giant has launched a new Start menu as part of the recent release of Windows 10. However, it’s not what it used to be and certainly doesn’t fulfill the needs of those who prefer the classic Start menu of Windows of yesteryear. That’s where Start10 from StarDock comes into play.

StarDock as a company initially carved a market for itself back in the 1990s by serving up software to Windows users that essentially allowed the platform to be “skinned”. Customization was a big thing back then with users wanting to deviate away from the Microsoft look and apply their own custom themes. That level of customization isn’t as popular as it used to be as corporations continue to develop the overall aesthetic of their wares as well as the included feature sets. Start10 is a customizable Start menu application that reintroduces the classic look and feel of the original Windows Start menu. 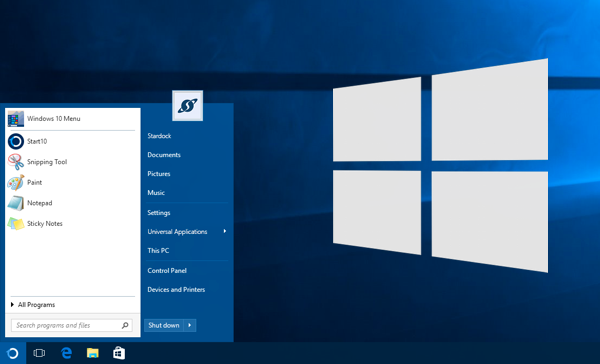 The software is a continuation of the Start8 offering, and is currently available in a beta format. Installing the app allows the user to do away with things like the live tiles on the Windows 10 Start menu and reintroduce a more classic version that was found within Windows 7. Features include reintroducing the Search bar back into the Start menu, as well as adding back the quick links to the core system functionality that has been removed as part of Windows 10. Start10 also brings back the good old “All Programs” menu, which has been a preference for a large portion of users, but was taken away after Windows 7. 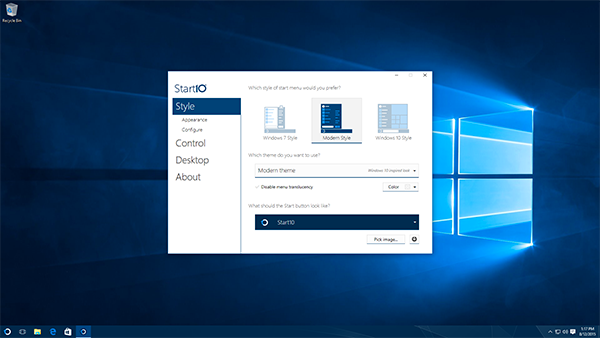 StarDock have also had the foresight of making the software configurable so it isn’t a case of “one or the other”. For those that miss certain aspects of Windows 7, but want to keep the aesthetic of Windows 10, it’s possible to switch certain options on and off as well as fully customize how the Start button actually looks, by skinning it. Currently in beta, Start10 is available as a commercial purchase for $4.99, but a 30-day trial is also available. A slightly elevated price to pay perhaps, but for those desperate to get that Windows 7 Start menu back, it could be a steal.

Check out Start10 in action, in the video below.