Get YouTube App Back On Apple TV 2G, Here Are The Details

The third-generation Apple TV was released back in March of 2012, which was then followed up with a revamped version of the set-top-box with a small stealth update in January 2013. Considering the latest hardware is now nearly three years old, and the fact that there’s a serious chance that next month’s Apple event could see an entirely new Apple TV introduced, you’d be forgiven for entirely wiping that second-generation Apple TV from memory. Don’t be too quick to wipe the gadget off, as FireCore is back with an upgraded version of aTV Flash (black) that breathes life back into the 2010 model.

The majority of Apple TV owners who use the box for its native functionality – or in other words, as Apple intended – would have likely upgraded to the third-generation box a long time ago. However, the existence of aTV Flash and the work that FireCore puts into jailbreaking the second-generation set-top box continues to be one of the main reasons that enthusiasts continue to stick with it without feeling the need for an upgrade. The bump of aTV Flash (black) to version 2.6 adds merit to that mentality by reintroducing the YouTube plugin. 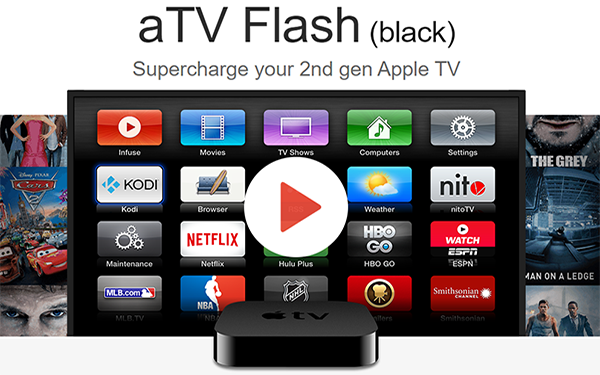 You may remember that YouTube was harshly removed from second-generation Apple TV units in May this year. Those with the most up-to date hardware, namely the Apple TV 3, are still able to access the YouTube app, but the older unit with the older iOS firmware, had that privilege ripped away when Google updated its YouTube API to introduce more features. In an attempt to appease those disgruntled users FireCore have gone down the route of building an all-new native YouTube plugin as part of the aTV Flash (black) installation.

The new native plugin isn’t yet an all-access card for all features and functionality available on YouTube, but it does reintroduce some of the most popular aspects of the video streaming service. The plugin will allow users to browse through the most popular videos on YouTube, as well as manually search for the content that they wish to view. Individual channels, users, and custom playlists are also accessible through the app. 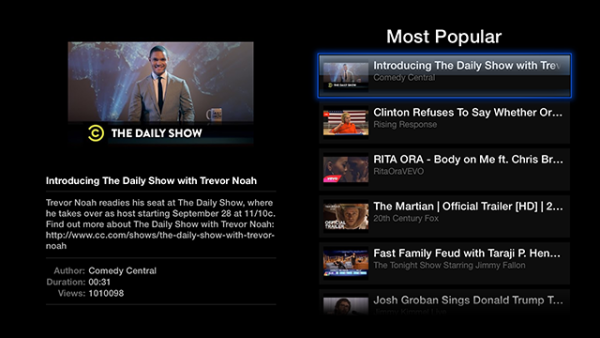 Those with a jailbroken Apple TV 2 who wish to get in on this new YouTube action, will need to re-run the aTV Flash (Black) installer from a Mac or PC. The update will cost you $29.95, with free updates for a year.