How To Get OS X Yosemite Style Notification Center On iPad

Looking at the difference between Notification Center on the iPad and on the iPhone for a moment though, the differences really are non-existent. Even with the extra screen space available on Apple’s tablets, the way Notification Center looks and operates is exactly the same across all of the iOS devices currently in Apple’s stable. For some people that simply won’t do, and for those people there is Centrum. 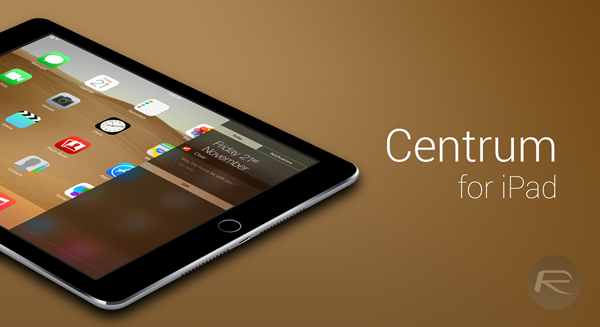 A jailbreak tweak and available for a dollar right now from Cydia under the BigBoss repo, Centrum is an iPad-only tweak that brings a little of the OS X Yosemite to the iPad by pushing Notification Center over to the left or right-hand side of the screen rather than having it something that is pulled down from the top. It also has the added benefit of not completely obscuring what’s happening on-screen, so if you’re using a calculator widget for example, you’ll still be able to see your spreadsheet while doing your sums. Something many will find handy in a lot of other situations too. 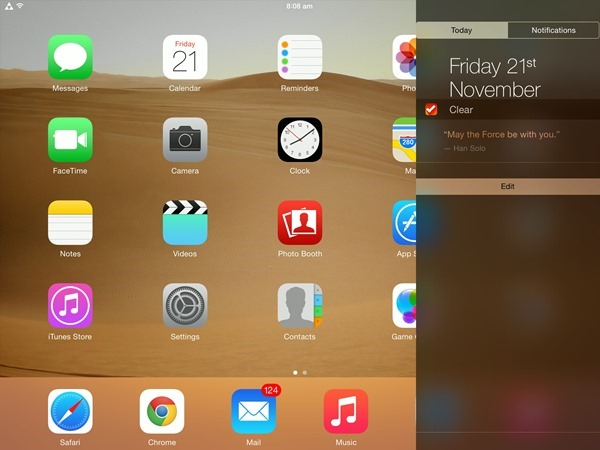 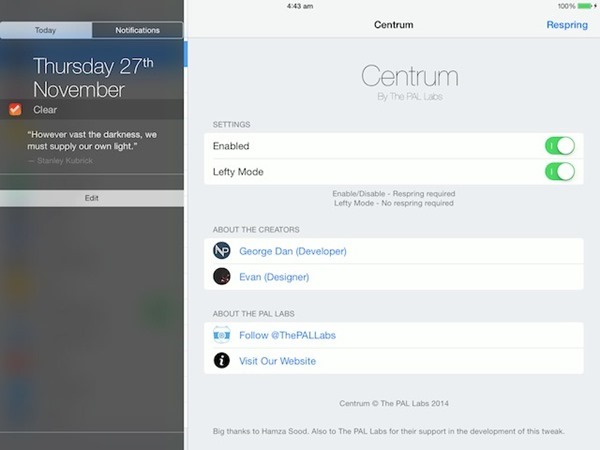