Black Friday is now just a couple of days away, and with so many retailers preparing to reel in consumers ahead of Thanksgiving weekend, the deals will continue to roll through. MacMall has just joined the party with some sensational offers on products ranging from Macs to iPhones and everything in between, and if it’s an Apple product that you’re after this Thanksgiving, then the details of these confirmed savings will certainly interest you.

In sifting through MacMall’s interactive magazine, you’ll find a multitude of savings. The all-new 27-inch iMac with Retina 5K display, for example, which offers a 5K resolution on par with the more recent additions to the MacBook Pro line-up, can be had with savings up to $200, dependent on the particular configuration that you require. 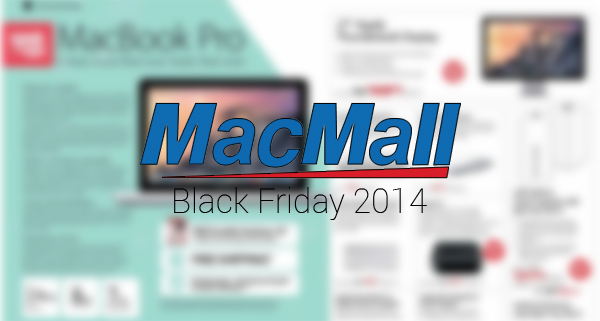 You may also save up to $61 on a new Mac mini, and if you’re looking for an OS X experience on a budget, this is the one to go for. Not only is it considerably cheaper than an iMac or MacBook, but you also have much more jurisdiction over upgrades and such, and thanks to MacMall, the already nicely-priced compact computer is even cheaper than usual from now until the end of Friday.

The MacBook Pro is the weapon of choice for those looking to carry out heavy duty tasks on-the-fly, and with MacMall offering up to $300 off certain models, now would be the best time to make an investment in a new model.

You can also save up to $75 on the new iPad Air 2, which is pretty astonishing given that, like the Retina display iMac, it was only announced last month. The flagship slate bundles in an impressive three-core processor, 2GB of RAM and other such perks whilst retaining its slender profile, and for an all-round tablet that can also perform, the latest iPad Air is regarded by most as the best in the business.

With deals on iPhones, MacBook Airs, iPad minis and a number of other Apple gizmos – as well as a host of third-party peripherals and accessories – MacMall has really pulled out the stops for what it touts as a "60-hour sale" beginning 12.01PM PST today and ending on the last minute of Black Friday.

If you’ve been saving your pennies to snag yourself a new MacBook or iPad, then check out all the deals that MacMall is running below: 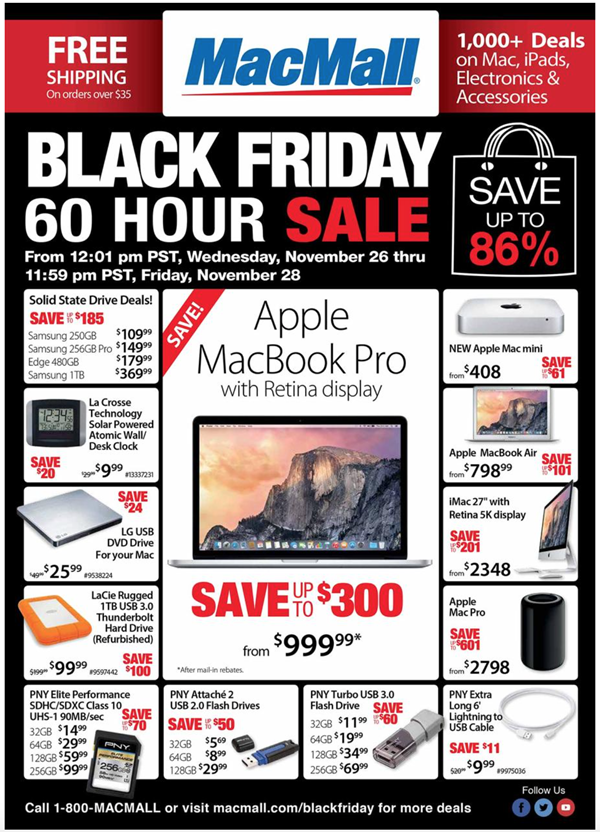 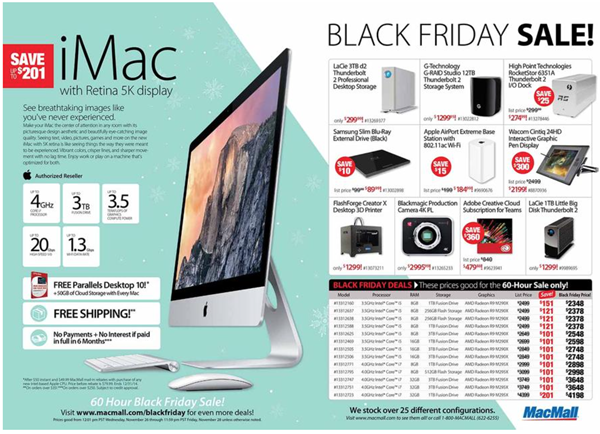 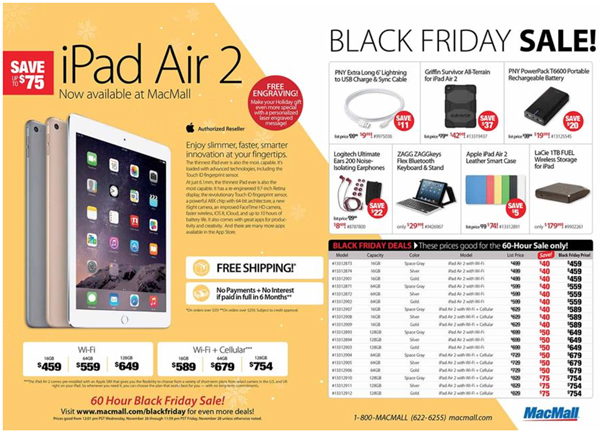 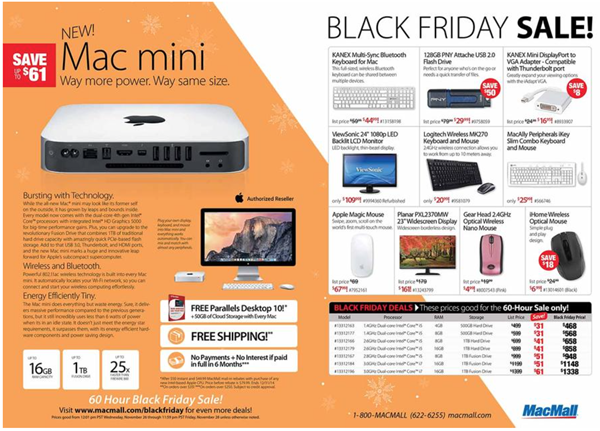 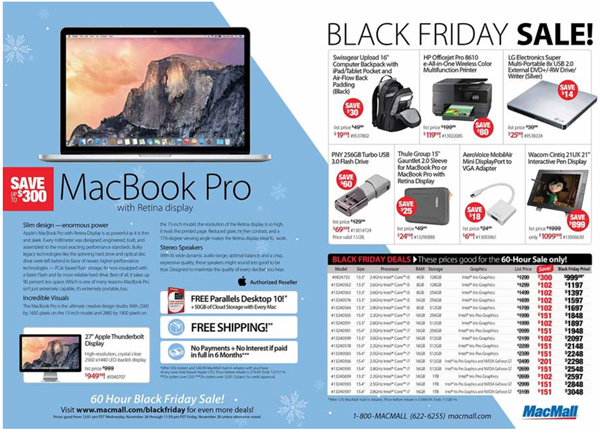 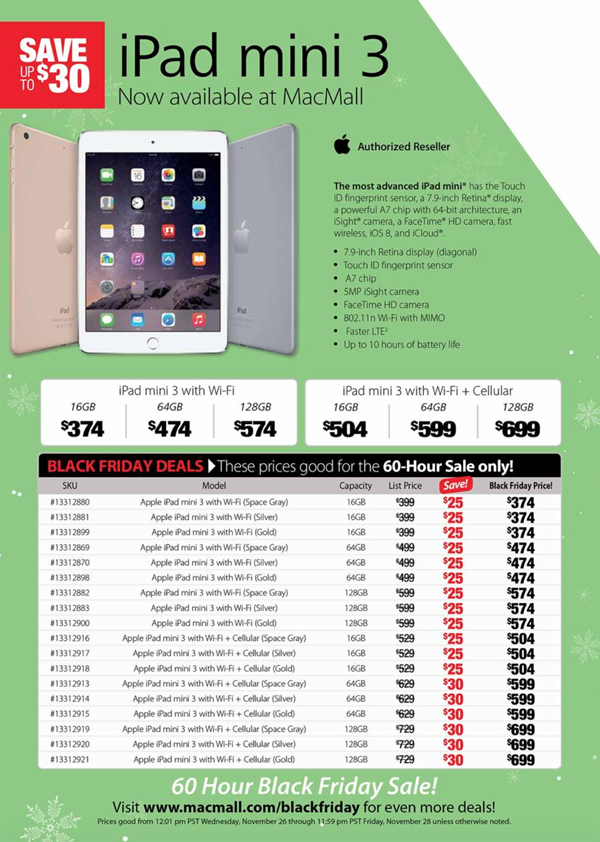 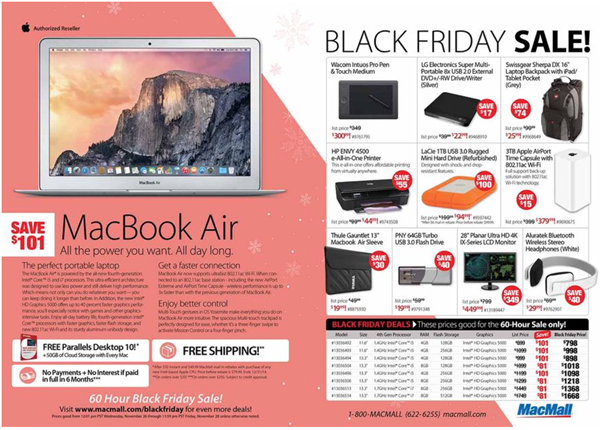 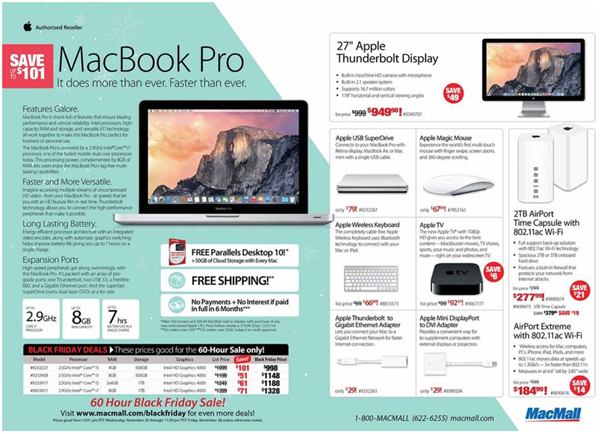 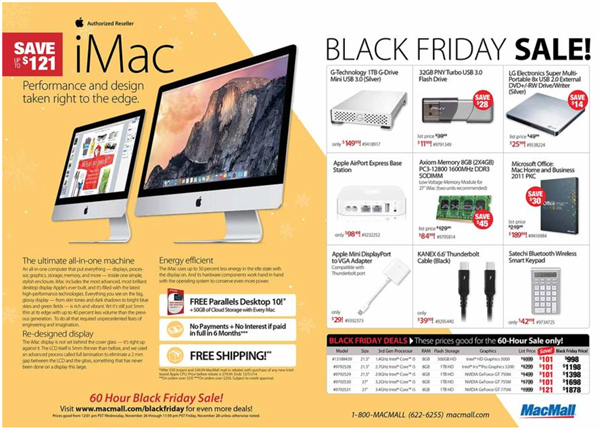 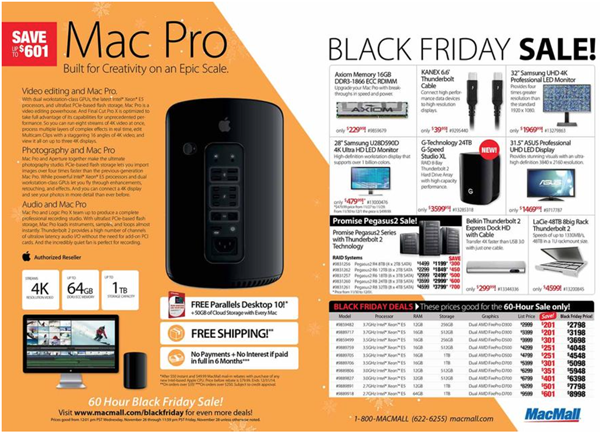 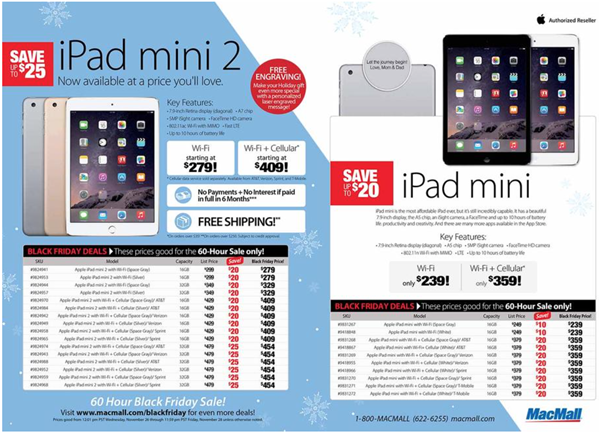 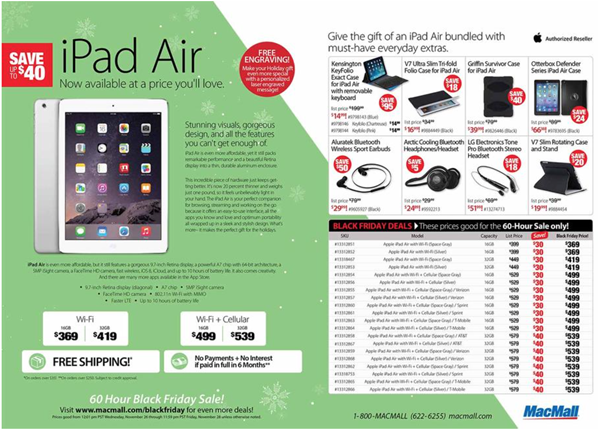 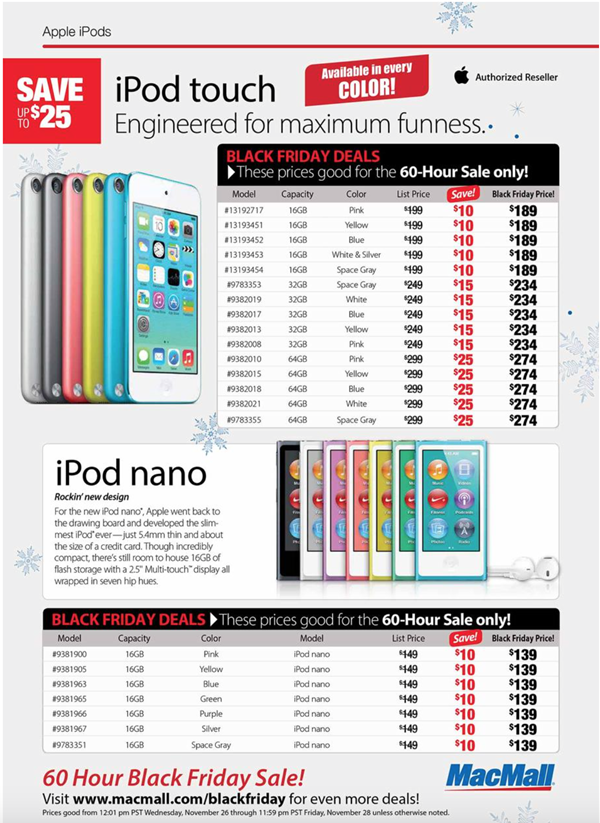 Since stock is likely to be exhausted as many others flock to the retail outlets, you probably won’t want to hang around.

For more deals, head over to: macmall.com/blackfriday