How To Enhance Display Quality Of Nexus 4 [VIDEO]

Despite being relatively old when compared to many devices currently on the market, the LG-made Google Nexus 4 continues to sell in strong numbers. Moreover, the recent price-drop, which saw significant amounts slashed from the cost of the Big G’s already cheap-and-cheerful device, will have done its popularity no harm at all. But due to its age, the technology is not quite as fledgling as this time last year, and if you’ve checked the displays of devices like the Galaxy S4 or the HTC One, you’ll know that the Nexus 4’s screen looks a little washy by comparison. Thanks to the work of the guys over at XDA-Developers, notably member franciscofranco, you can inject a little much-needed life into your Nexus 4’s display.

The root-only app, which is appropriately entitled Nexus 4 Display Control, lets you tweak such elements as gamma and color, helping you bring a healthy glow back to what is looking an increasingly tired panel. Of course, it’s not going to bring the crisp liveliness offered by the aforementioned, but as far as helping you continue to love your Nexus 4 without looking too longingly at some of its more recent competitors, it does a good job.

At I/O this year, the search giant unveiled the all-new Nexus 7, which once again delivers on the Nexus ethos to bring strong features, a pure Android experience, and a reasonable price. But a mention of the Nexus 4’s successor never came, and while rumors of a “Nexus 5” have been aplenty, there’s still no sign of the device. Thus, Nexus 4 owners will simply have to make do with their current side-kick, and while the likes of Nexus 4 Display Control are still available, the wait for the next edition mightn’t seem so tantalizing. 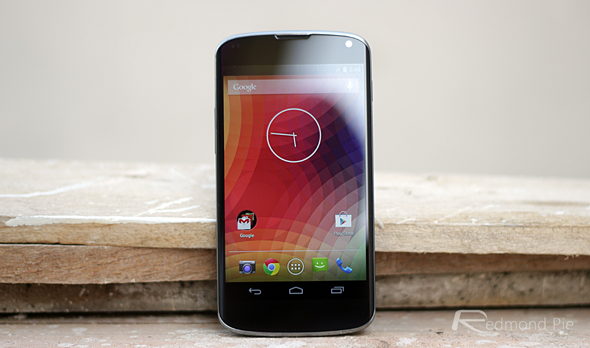 While the app costs a cent shy of two bucks over at the Google Play Store, it can be had from the XDA-Developers forums free of charge, for a limited time only. So if your Nexus 4’s display is in need of a little lift, be sure to hit up the source link below and give it a try.

Please remember, however, that you will need root access in order to proceed.

(Download: Nexus 4 Display Control for Android on the Play Store)