One feature conspicuous by its absence in the lead-up to iOS 8 was the ability to smoothly reply to messages without having to move away from the task in hand. With the new software update, that all changed, with Messages now offering a quick reply functioning in a vaguely similar fashion to how jailbreak tweak BiteSMS has done for many a year now, and if you’re in the market for something like-minded for third-party apps, well, there’s yet another tweak for that.

IMN, or Interactive Message Notifications for iOS 8 functions just as it purports, permitting users to respond to chats with minimal fuss and interruption. When in receipt of a notification banner from, say, Kik Messenger, you’ll notice a handy reply function, which will allow you to type out and beam a message straight back in a convenient, effortless fashion. 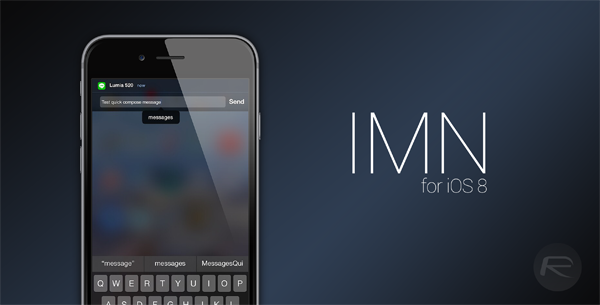 Once installed, IMN for iOS 8 acts as if it was always meant to be there, which is not only laudable, but leaves us hoping that quick reply is another feature Apple can add to its third-party integration repertoire in future.

Such a slick, useful tweak doesn’t come without cost, though, and in picking up IMN from the BigBoss repository, expect to part with a fee of $1.99. Once installed, you can go ahead and configure your preferences from right within the Settings pane, and if you’re a frequent IMer, this is one visit to Cydia that you’ll definitely want to be making. We’ve briefly tested it out using KIK Messenger and LINE, and can confirm that it works as advertised, and as such, we can only recommend that you give it a whirl as well.

The complete list of supported apps is as follows: 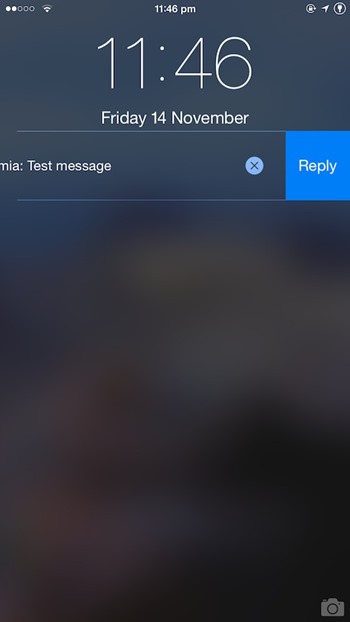 The dev has certainly done a good job with the first version, and if the updates pull in more apps as time presses on, this could eventually join the coveted pool of must-have jailbreak tweaks.