Black Friday is almost upon us, and it’s a time that us geeks savor with some great deals on some even greater gadgets. Best Buy, in its continued effort to live up to its name, has kicked off its pre-Black Friday sales, and we’ve rounded up all the best deals in one place.

The price crash bonanza is marketed so as to let customers believe that they can beat the “Black Friday Rush,” although in truth, the same could be said of the retailer, which is clearly looking to capitalize at a point when many competitors will still be making last-ditch arrangements. 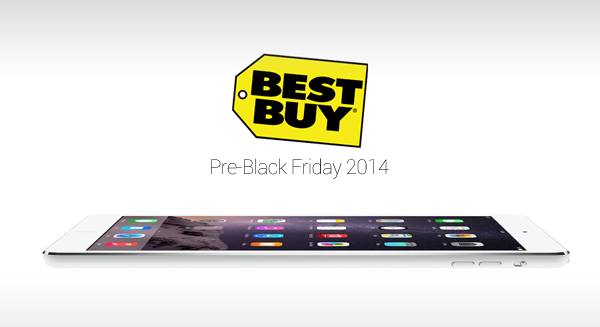 Thankfully, the offers are so good that most won’t care too much of Best Buy’s motives, and if you’re a fan of Apple products in particular, then you’ve much to get excited about. And to make things even sweeter, there are some amazing discounted special edition Xbox 360 wireless controllers thrown into the mix too.

We’ve already covered some of Best Buy’s price-cuts for next weekend, but we’re back with yet another short roundup of pre-Black Friday deals you might not want to miss out on.

The above mentioned deals are live right now and will last till Saturday, so you have a handful amount of time to pick yourself a good bargain.

As always, we’ll continue to keep you guys in the loop with regards to any intriguing or worthwhile offers, so stay tuned to our coverage.

Oh, and if you do happen to stumble across anything we might have missed and you think it’s worth shouting about, please don’t hesitate to drop us an email and we’ll share it with everybody else!