Whenever a new piece of iOS software is launched, some devices inevitably get left behind, and many, such as the iPhone 4s and iPad 2 on iOS 8, are subjected to a decidedly limited experience compared with the newer models on the market. It was always somewhat inevitable that these antiquated devices would struggle to cope with the rigors of the new, feature-rich update, and so it has proved, but Apple did promise that those who’ve stuck by their iPhone 4s or iPad 2 would see improvements with its iOS 8.1.1 download. Were these just empty claims, or does this week’s update actually enhance the general user experience for those wielding vintage hardware?

It’s easy enough to download a new piece of software and cast rough aspersions as to whether there has been a bump in performance, but the only true method of determining the facts is to run speed tests of each piece of software and compare notes thereafter. The folks at ArsTechnica have long since specialized in in-depth analysis of software, and in this instance, discovered that there is some substance to Apple’s claim of
"increased stability and performance improvements for iPad 2 and iPhone 4s.” 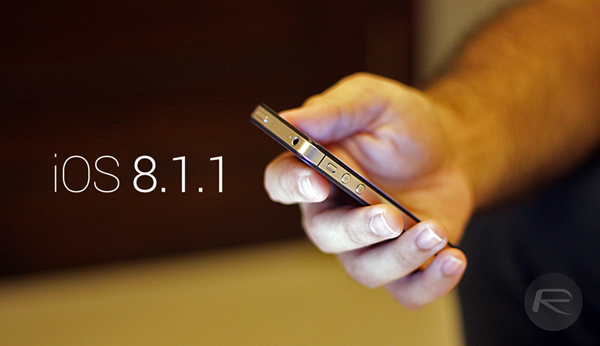 The crux of the story is that iOS 8.1.1 doesn’t offer any tangible improvements to responsiveness, so irrespective of whether you pick up the update or not, it’s still going to be a rather sluggish state of affairs.

Launch times of apps also appear to have stagnated, so there won’t be any noticeable leap in this regard, although Safari, Apple’s native browser, is slightly nippier than it was on iOS 8 / 8.1.

General stability is marginally better, as is long-term speed, but what Ars’ assessment makes patently obvious is just how limiting the Apple A5 and its 512MB of RAM is when trying to power the newer software.

There’s only so much that can be done; old hardware is old hardware. As you can see from the table rounding up the loading times, there’s not much to write home about, and although Apple had made some minor tweaks, you’ll do well to notice anything noteworthy when using either the iPad 2 or iPhone 4s.

It’s as good as certain that iOS 9 will leave these relics behind, and while there’ll probably be some resistance, these tests show that Apple perhaps should have ditched both along with the iPhone 4 after announcing iOS 8 at WWDC.