The Future Of Wearables Is Here: A Belt That Can Charge Your Smartphone [Video]

The XOO Belt has been launched as a crowdfunding campaign given obvious production constraints that Nifty faces, but with a functioning prototype the creators showcase how foolproof the concept actually is if you think about it. The key to the belt is the flexible battery being used, and was discovered by founders Piers Ridyard and Steve Levy, but had not been built into a commercial product as yet. Well, guess what they figured it could be used for? 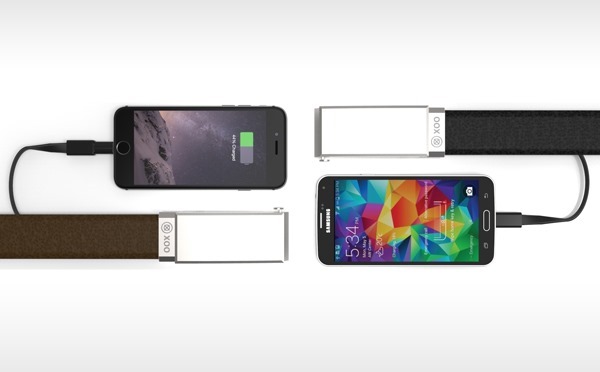 You may think the belt would look odd at first sight, but on the contrary it looks just like any other leather belt you would be wearing, except that this one has a 2,100mAh battery, with 1,300mAh built into the belt, and 800mAh into the buckle. This allows for Nifty to offer a standardized capacity to users at different waist sizes as the battery only takes up a certain portion of the belt, and not its entirety.

The belt has a considerably short micro USB cable attached to the buckle, which is convenient to use no doubt. In production models, we are likely to see the inclusion of the Lightning adapter as well for iPhone users, with the cable attached to the back of the belt using a magnet, because, apparently, it will make the thing look less awkward.

According to the creators, the battery uses a non-volatile lithium ceramic polymer – which essentially means you don’t have to worry about it exploding around your waist. The XOO Belt’s buckle is separate to the belt, and we are likely to see increased capacity or a choice of different materials or colors for the belt that users can attach to the buckle. 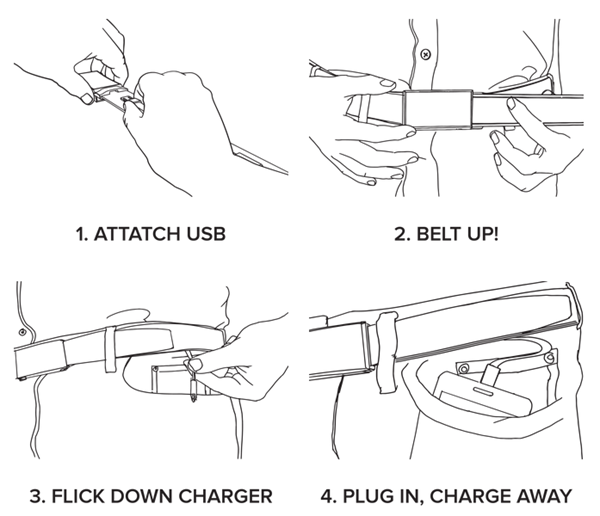 Nifty has already passed half way with its targeted $50,000 mark in less than 24 hours. The belt, once launched, will cost you around $155, with Nifty aiming to ship product by July 2015, which isn’t that far off.