Apple has just released iOS 8.1.1 download links, which are now ready to be installed by iPhone, iPad and iPod touch users in ownership of the recent devices capable of running the latest software.

The Cupertino company has continued to churn out updates to its mobile firmware these past couple of months, and with iOS 8.1 having recently introduced Apple Pay among several other key features, iOS 8.1.1 seems a less feature-rich bump. Still, perhaps most notably for jailbreakers, it plugs the Pangu8 jailbreak, and so while it’s likely Apple will be signing the previous iOS 8.1 for a very short while, anybody updating to iOS 8.1.1 will not be able to reap the benefits of the many Cydia tweaks that have been released and or updated since Pangu arrived last month. 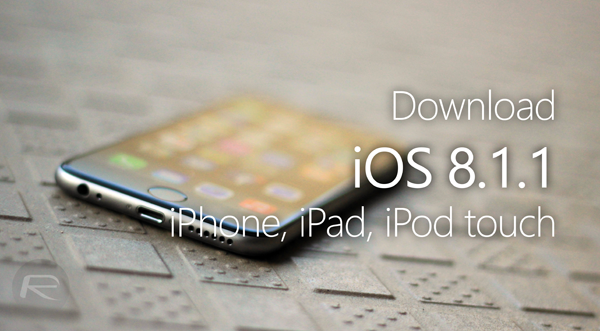 iOS 8.1.1 is packed to the gills with bug fixes and general performance enhancements. Like any new piece of software, iOS 8.x has been afflicted by its fair share of teething issues, and while the botched iOS 8.0.1 update did not help matters at all, it does seem that much work has been done to ensure that the latest installment is by far the smoothest to date.

If you have no reservations about anything and want to update right away then you can take the on-device, over-the-air route by firing up the Settings app and navigating to General > Software Update, or you can take the more traditional route that involves hooking your device up to your PC or Mac and updating via iTunes.

If you have the time and the means, though, we’d always suggest updating through iTunes.

Again, like we mentioned earlier, iOS 8.1.1 blocks Pangu jailbreak. DO NOT update to 8.1.1 if you want to keep the jailbreak.