Thanksgiving is almost here, but while many will be indulging in copious amounts of food and drinks next week, tech fans will be looking to score some deals on what is known as Black Friday. Sure, it’s not just retailers of consumer electronics that come through with some delicious offers, but with the follow-up of Cyber Monday, next week is sure to bring massive savings on everything from iPhone apps to PlayStations. Whether you’ve decided to treat yourself or wish to get your holiday gifts in early, there are plenty of offers to go around, and below, we’ll point you in the right direction.

Over the weekend, we noted of the deals upcoming at RadioShack and Staples, but with Best Buy now in on the act, it’s only right that we keep you updated. 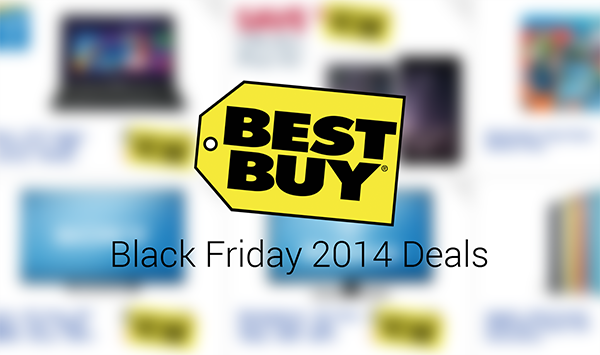 We’ve separated the list somewhat so you can jump straight to the products you’re in the market for, and while some retailers have yet to announce anything in advance of Friday’s shenanigans, here’s what’s already confirmed.

There are plenty of savings to be had here, too, including a 7-inch Android tablet for under 40 bucks! If you’re partial to Google’s platform, have a little peek at some of the Best Buy offers below:

If you’re a gamer, there are a couple of good deals to be snapped up, particularly if you’ve been waiting for that next-gen version of GTA 5 to arrive:

The following titles are available for $19 each:

And that’s it! We’ll keep you updated on any other deals from the biggest names in tech over the next few days, so stay tuned! 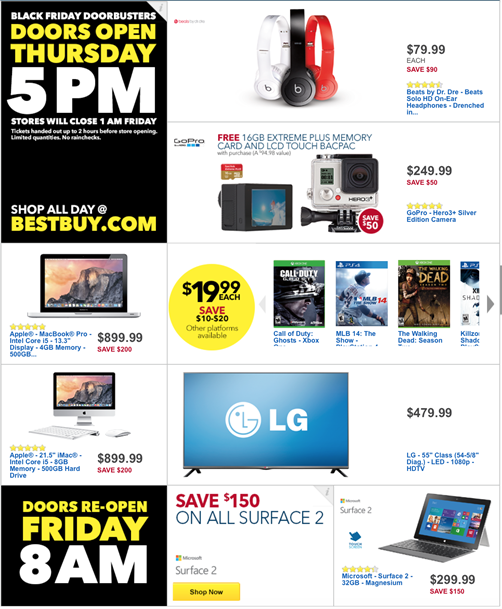 For more deals from Best Buy, point your browser to: blackfriday.bestbuy.com