How To Disable The Lock Screen In Windows 8 Consumer Preview

Windows 8’s lock screen is easy on the eye, but – as with many of the features within the Consumer Preview – just doesn’t really work on a desktop or notebook.

Although the Metro UI has been looked favorably upon by most who have encountered it, the quite obvious fact that it’s better suited to a future tablet than it is to your everyday Windows user. Having installed the Windows 8 CP around 6 days ago, I find the lock screen to be a bittersweet mix of eye-candy and minor annoyance – which can often descend into moderate rage if the page bounces back down.

Let’s not beat around the bush – it’s a pain in the backside – and although it would no doubt add a touch of class of class to Microsoft’s future tablet endeavors, until we’ve actually seen the devices materialize, I’m inclined to surmise that most of us would like to see the back of the lock screen.

Thankfully, there’s a simple way to disable it, and it won’t take more than a couple of minutes. You don’t need to be a tech wiz, and if you managed to download, mount/burn and install the .iso in the first place, you won’t have any problems here.

We won’t be downloading any third-party applications, merely performing a few in-house modifications.

Step 2: In the Run box, type in gpedit.msc and then tap Enter. 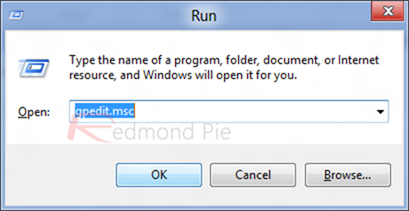 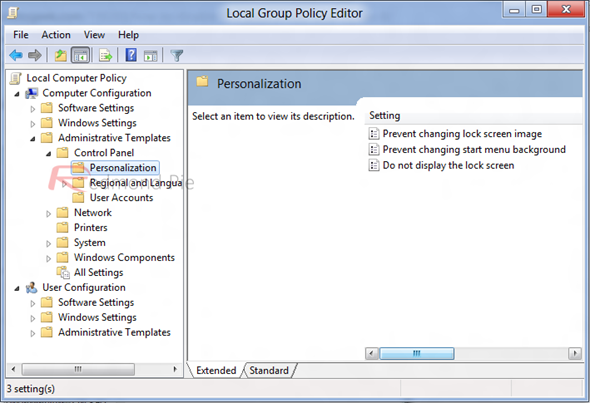 Step 4: You will now see the ‘do not display the lock screen’ option, which you’ll want to enable, naturally. So double-click it, and check the button labeled as "Enabled."

Click on Apply, and the lock screen will be no more. 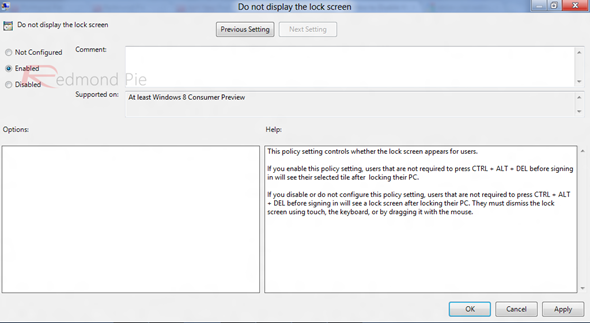 It’s not a new occurrence to see people missing elements of their old Windows 7/Vista/XP configuration, and many early previewers of Windows 8 have already reinstated the iconic Start Button/ Orb to their taskbar.

Redmond-based software maker Microsoft still has some skeptics to win over, an it remains to be seen whether it can find the perfect, mutually intelligible balance between tablet and desktop.

The Release Candidate is set to drop this summer, so it doesn’t appear to be too long a wait before we find out.