Here’s how to check in iOS 11 Cellular Plans for data of your network or carrier natively without using any third-party apps.

As Apple continues to tweak iOS 11 ahead of its public release in September, there are a host of new changes to the mobile operating system that may have escaped your attention because, frankly, they are perhaps not the biggest changes in the world.

That does not mean that they should not be lauded though, because while additions such as the one we are about to share may not grab headlines, cumulatively they have the potential to change how we use our devices. The change we are going to share is one which allows users of iOS 11-based iPhones to check what cellular plan they are subscribed to.

Now of course, we know that you could always call your carrier or if you really need to know the information you could resort to using that same carrier’s iOS app instead (provided they have one).

Would it not be much better to have a place natively in iOS where you could get the information much more easily? With iOS 11, that is exactly what you can do. In fact, we are going to tell you exactly how to do it! 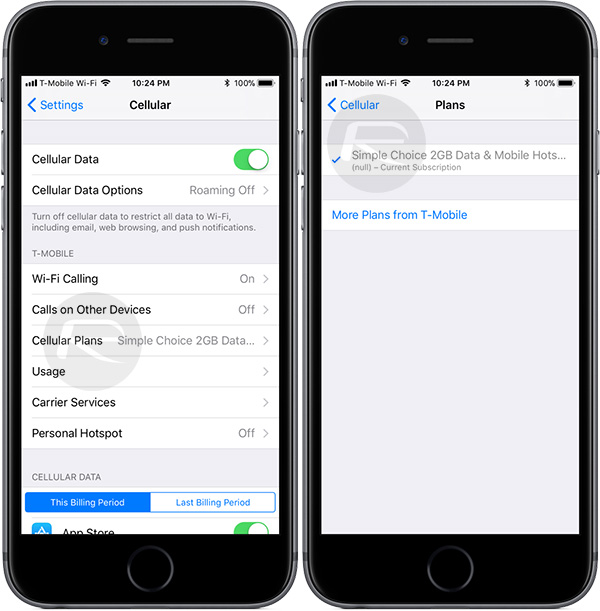 And that is all there is to it. It’s important to note that this feature will have to be supported by the carrier in order for iOS to show the information. In our tests, T-Mobile in US already supports it and we are sure by the time iOS 11 is out to public, many more carriers will have support for it.

We have already told you how to check your cellular data usage and billing period without venturing anywhere near your carrier, so be sure to check that little nugget of information out as well! Well played Apple, the more we can avoid actually dealing with carriers the better!