How To Add Quick Charging Mode To iPhone Or iPad

Quick charging is a feature that many hope will make its way to the iPhone 7 when it is inevitably announced later this year, but if you are using a jailbroken iPhone, you may not need to wait for that to happen. That’s because a tweak, going by the name of Wolfram, aims to simulate the capabilities of fast charging by using Apple’s own battery management system as a way to kickstart charges.

For those unfamiliar with the concept of quick charging, it’s a technology used in many smartphones that allows the device to be rapidly charged, at least initially, giving users a quick way to get some juice into a device without having to wait quite so long for the battery to charge. It’s brilliant for getting some power into a smartphone before dashing out of the door, and people with iPhones are unfortunately left out in the cold in this regard unless they want to opt for iPad’s 2.1A charger. But as is so often the case, a jailbreak tweak may be capable of bridging the gap somewhat. 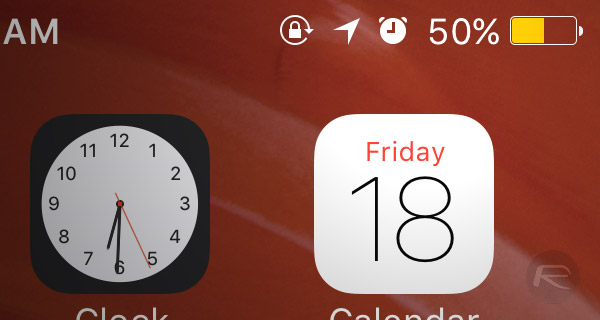 Wolfram, available to download from Cydia, simulates quick charging by sensing when a Lightning cable has been plugged in and then immediately activating Low Power Mode. This obviously means that the iPhone in question uses less power while the charging happens, meaning more power gets to the battery before the user needs to unplug it. When the Lightning cable is unplugged, Wolfram disables Low Power Mode and everything goes back to normal. Nice, simple and effective. Yes it’s more of a trick than anything else, but it works.

We like the idea behind Wolfram, but hopefully, Apple will do away with the need for it when the iPhone 7 arrives. Until then, though, Wolfram might be worth your time if you’re jailbroken and find yourself needing to top up your battery on short notice. 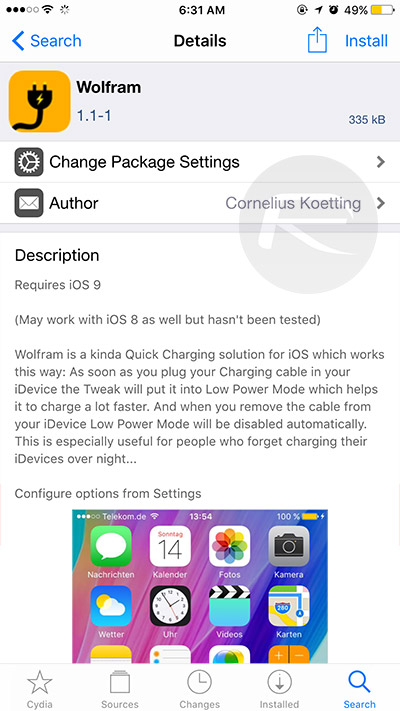 The tweak is compatible with iOS 9.0.x to the latest jailbreak-able iOS 9.1, and might work with iOS 8.x as well, though the latter hasn’t been tested by the developer. You can download Wolfram free of cost from Cydia’s BigBoss repository.