Drone fans rejoice because the Hover Camera Passport, a new personal drone with a built-in camera from Zero Zero Robotics, is available exclusively on Apple’s website and in its retail stores across the United States, Canada, China, Hong Kong, and the UK as of today.

Perfect for capturing video and photos on the go and importantly hands-free, the new device is small and light, making it well suited to taking on trips. 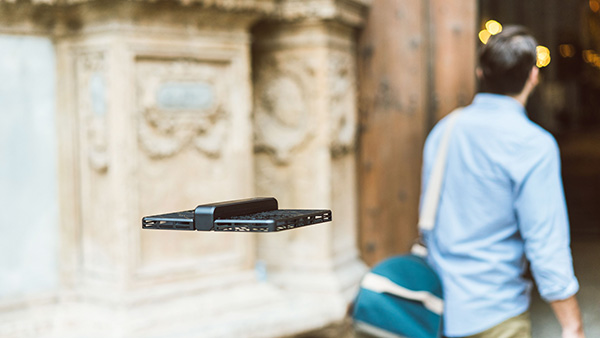 Built out of carbon fiber and weighing just 242 grams, the drone is completely foldable, meaning that it can be packed away into a small package that lends itself well to being kept in a bag during transport.

When set up though, this thing has all the features you could need for creating vlogs and the like, with both face and body tracking meaning this drone can follow you around with no manual input required. That alone has the potential to make the Hover Camera Passport into the perfect vlogging and selfie tool.

As for the camera that is built into the drone, there is a 13-megapixel lens that is also capable of taking 4K video – the bare minimum for certain YouTube creators these days. There’s a mobile app that allows video to be taken from the drone and then shared online, and the drone’s multiple flight modes can also be controlled from within that same app.

As you might expect though, this stuff isn’t cheap. Zero Zero Robotics, makers of the Hover Camera Passport, is offering a $499 Apple-exclusive bundle that is only available at Apple Stores. That bundle includes a Passport flying camera, two batteries, a charger for those batteries, an adapter, and a bag for keeping everything in.

As we said, it isn’t cheap, but considering everything included and the capabilities this thing promises, we don’t think it’s the worst deal ever. Check out the example footage and see for yourselves.