We have encountered so many iPhone 8 rumors over the past months that sometimes it is difficult to remember which ones have any sort of credence and which are nothing but flight of fancy.

Then sometimes we get some information that comes from what can only be described as a credible source, and they don’t come much more credible than Apple itself. 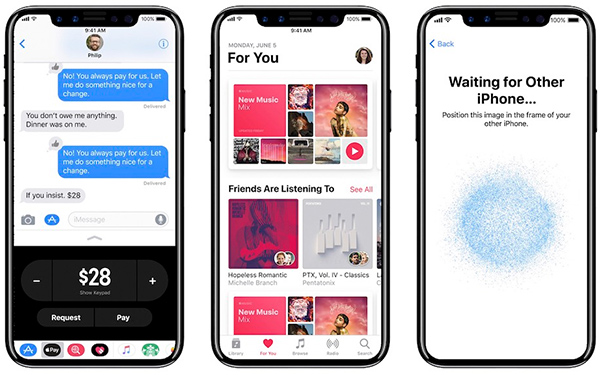 Following the release of the firmware that will power the HomePod Siri speaker when it is made available in December, developers have been poking around to see what they can see. One of the revelations is what appears to be confirmation that the iPhone 8 will feature a 5.15-inch display with a resolution of 2436×1125.

The news comes after developer Steven Troughton-Smith got his hands on the version of iOS that will power the HomePod and then started to strip it down. Upon doing so, he noticed reference to a display size and resolution that marries up exactly with information provided by analyst Ming-Chi Kuo of KGI Securities back in February. Based on that screen size and resolution, it does look now like the iPhone 8 will feature a stretched aspect ratio similar to that of Samsung’s competing Galaxy S8 device, allowing for a more immersive experience when consuming media and web pages.

Troughton-Smith’s findings also suggest that the entire display will be made available to apps rather than the “function area” that was previously claimed to be home to software buttons. Rumors have circulated for some time that there would be no hardware Home button with the iPhone 8, and the function area was thought to be part of that move. 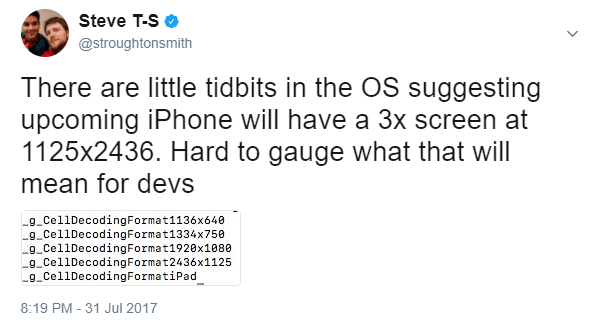 Apple is expected to announce the iPhone 8 in September, and at this point, it looks nailed on that the new device will feature a taller display than we are used to from Apple. With Samsung and LG already going the same route, the form factor looks like it is here to stay.