CES 2019 has been notable for all manner of reasons, whether that’s autonomous cars driving around Las Vegas or the LG’s rollable TV, but one of the standout features has been the fact that Apple’s HomeKit is going to be supported by a number of TVs from third-party manufacturers, likely removing the need for the company to make its own TV as has been rumored for years.

The arrival of HomeKit, and Siri support with AirPlay 2 along with it, changes how people will get content onto their TVs, especially once Apple’s streaming video service goes live. We now know exactly what that HomeKit support will allow, too. 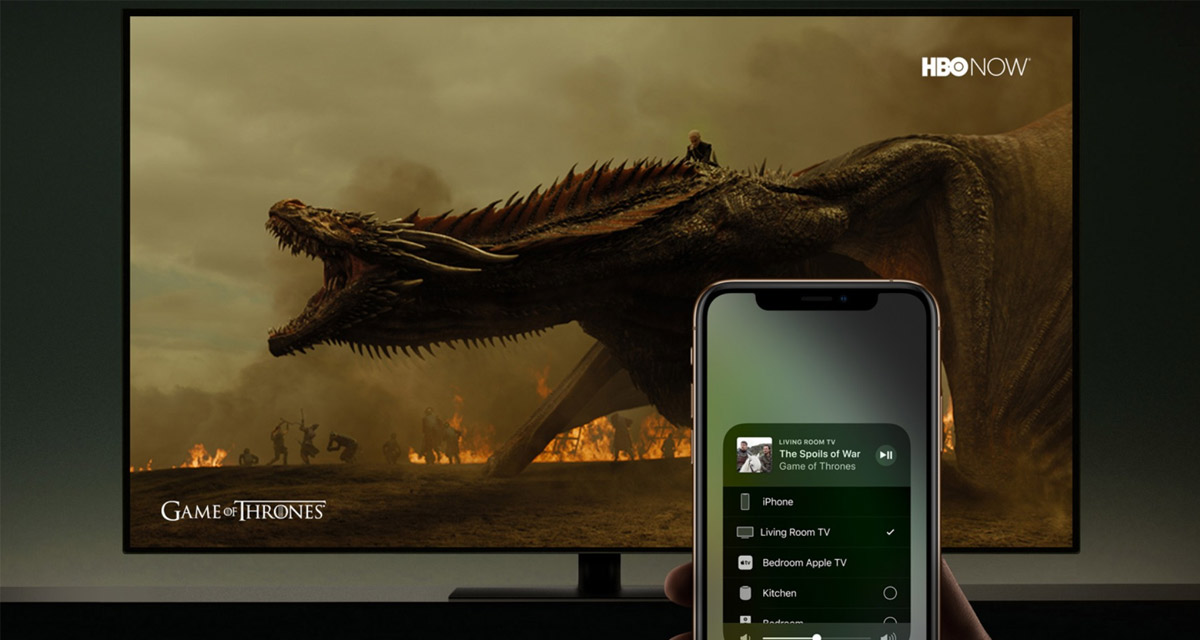 According to a tweet by Khaos Tian, HomeKit for TV will support the controlling of power, volume, input source, brightness, media state, picture mode, and key simulation for actual remote functionality. That’s pretty huge, and means that Siri will be able to do just about anything that a TV’s remote control would normally do. Being able to shout at Siri and have it switch inputs on a TV sounds great, and we can’t wait to test it out.

This all comes after Tian apparently noticed that “someone forgot to remove plain-metadata-full.config from production release” which appears to mean that this is all known because, once again, someone didn’t hide something in software well enough. That’s good for us though, and if you weren’t already pretty jazzed about controlling your TV via Siri, you really should be now.

If you’re looking at picking up a new TV this year, it wouldn’t be the worst idea to make sure it’s one of those that will support Siri, AirPlay 2, and HomeKit. 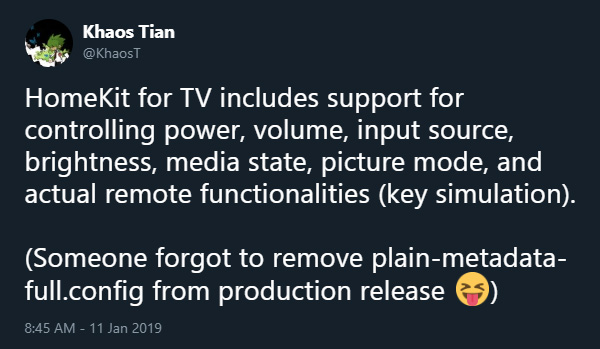