This week is already shaping up as a busy one thanks to Apple’s confirmed event at Town Hall, but according to reports and rumors, Google could well be poised to steal the show with a major roll-out of its own. Android L, which we first saw at this year’s I/O event, is a rather significant bump on the current Android KitKat, and although the Big G has said very little on this topic, October is the search giant’s usual month of choice for such announcements. With Android L seemingly imminent, users of Samsung devices will be looking on with a keen interest, and now, we’ve a leaked roadmap that indicates which of the Korean outfit’s line-up will be seeing new software, and perhaps more importantly, when.

Samsung’s Update Status Report, which has arrived out our doorstep courtesy of JustAboutPhones, shows that a new version Galaxy S5 and Galaxy Note 3 is complete and ready for prime time, but unfortunately, it’s not as exciting as we might have hoped. 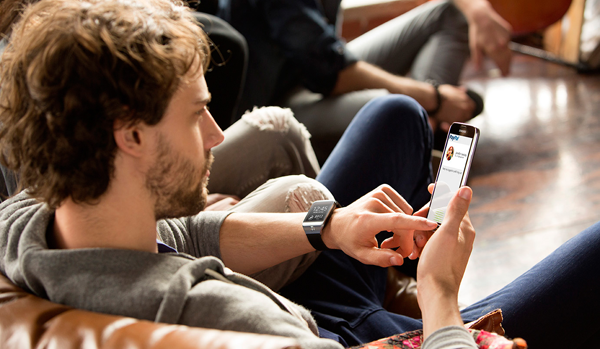 The document in question pertains to Android 4.4.4 KitKat as opposed to the impending Android L, and while this roadmap isn’t necessarily a reflection on Android L’s release, we’d still rather not be served yet another reminder of how slow Android roll-outs can be at times.

The fragmented nature of Android means that it can often take an age and then some for an update to reach a device. Once the OEM and, in many cases, the carrier, have both added their own features and necessities, months might have passed. This is rather frustrating for users in general, but with the likes of Samsung and HTC offering Google Play Edition versions of their best handsets running on pure, untouched Android, there is something of a workaround. 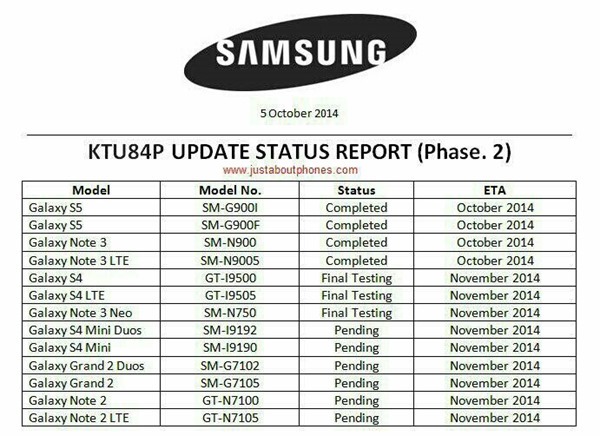 Hopefully, though, we’ll have more news on that Android L release in the not-so-distant future, and as soon as anything interesting does come to light – in an official capacity or otherwise – we’ll have it covered right here.