Last week, it was iOS 9, and this week, the big operating system release for Apple is the Apple Watch’s watchOS 2, now available to download via the iPhone’s Watch app. The update size will vary depending on which version of watchOS your Apple Watch is currently running, but chances are your update will take over an hour to complete, so make sure you set plenty of time aside.

Having gone through beta testing and expected to be released alongside iOS 9 last week, Apple apparently decided that watchOS 2 required a little more work and to that end, the new version launched today is indeed a different build to the Golden Master version that was made available to developers a couple of weeks ago. Quite what changed between the GM release and this final, shipping version, we are not sure, but whatever it is, it must have been important enough for Apple to delay the software’s launch by a few days. 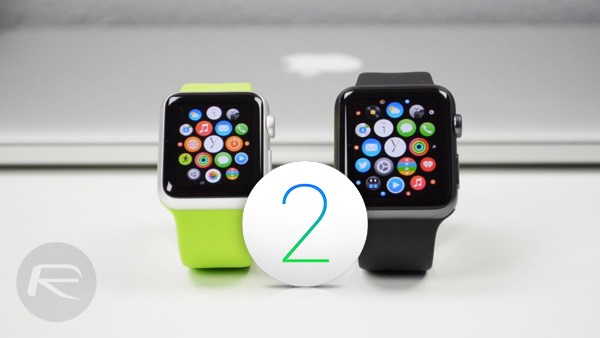 Speaking of changes, there are plenty to get your teeth into if you’re coming from watchOS 1.x, like the vast majority of people. The new watchOS 2 release brings with it real, native Apple Watch apps, which means no more having to stream apps from an iPhone. That alone is a big deal, and one that makes Apple Watch apps considerably more responsive in use.

As demoed on stage at Apple’s recent media event, this new release also brings new watch faces, third-party complications, a new transit view for Maps and a handful of Siri improvements, amongst other things. If you want to know just what is new this time around, then why not check out the watchOS 2 release notes – we’ve got them right here. Aren’t we good to you?

If you’re preparing to install the update on your device but aren’t sure how to go about the whole matter, we’ve written an easy-to-follow, step-by-step installation guide for you as well. Head on over to the following article to get started: How To Install watchOS 2 Update On Apple Watch [Tutorial].