It’s been an absolutely manic couple of weeks for Apple as the company continues to cement its position in a number of markets with the announcement and release of multiple new products. Of course, to power those new products Apple also has to continually develop and enhance the underlying firmware that works in conjunction with the hardware. After being delayed last week, the Cupertino-based company has now officially released the final version of its latest Apple Watch firmware, watchOS 2.

The Apple Watch, Apple’s “most personal product yet”, may have only been with us for a number of months, but it’s abundantly clear that Tim Cook and his engineering teams are determined to develop the product and accompanying firmware at an accelerated rate. The introduction of watchOS 2 in its final format represents not only months of hard work, beta-testing and bug squashing, but also the first major update to watchOS since the hardware was launched back in April of this year. 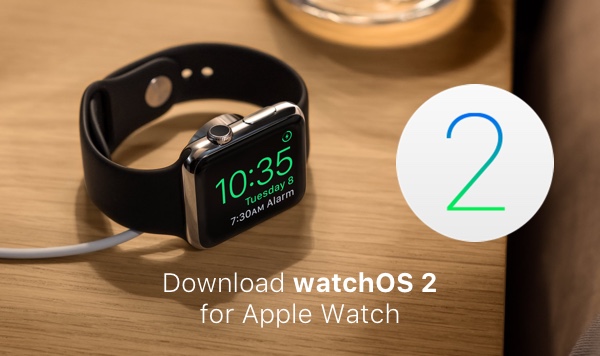 If you didn’t know, watchOS 2 brings with it a number of notable improvements that should not only immediately enhance the features and abilities of the installed Apple Watch, but also afford third-party developers with the ability to continually produce more powerful software for the timepiece. One of the biggest enhancements for developers is the ability to develop and distribute native applications that can be installed and ran directly on the Apple Watch itself, rather than having to install and manage through a connected iPhone or iPad. watchOS 2 also allows developers to access Apple’s Taptic Engine and array of sensors, such as the heart rate monitor, the microphone, and the accelerometer.

It doesn’t stop there. Apple is convinced that watchOS 2 will make for more powerful apps, enhanced communication options, and new innovative ways to interact with and personalize the Apple Watch. New watch faces with Time Lapse mode via the Digital Crown. Customizable Complications with support for third-party apps. Nightstand mode. Faster, more powerful apps. New functionality added into first-party apps. Public transport information on your wrist. An enhanced Siri digital assistant. Apple’s new Activation Lock security feature to protect the device via iCloud. watchOS 2 is packed with enhancements and seriously impressive improvements. For a full list of features, check out our hands-on video with watchOS 2 here.

For instructions on how to install the latest watchOS 2 on your Apple Watch, check out our full guide here: How To Install watchOS 2 Update On Apple Watch [Tutorial].