Halo 4 Retail Discs Reportedly Out In The Wild, Microsoft Said To Be Investigating The Leak

An understandably disillusioned Microsoft have confirmed that they are aware of the possible leak of the Halo 4 Xbox console game and are currently in the process of working in an attempt to get to the bottom of how the slip occurred. The latest iteration of the phenomenally popular Halo franchise is slated for a worldwide release during the first week of November but it seems that the Redmond based company couldn’t keep a tight lock on the game any longer.

The leak became public knowledge when a number of images showing the two Halo 4 discs started to appear on various gaming websites across the web. In addition to a transparent Xbox green case containing the standard game and multiplayer discs, images that clearly show the Xbox Dashboard with the Halo 4 game icon ready to be played have also appeared that pretty much confirm that the leak is genuine. Microsoft have reacted immediately to the security breach with a spokesperson for the company confirming that they have "seen the reports of Halo 4 content being propped on the web" and that they are "working closely with security teams and law enforcement to address the situation". Serious stuff from Microsoft.

The leaks of images pertaining the Halo 4 is bad enough for Microsoft, but it is also being reported that actual gameplay footage had also been posted on Google’s YouTube site before it was removed by the site. Not only has the game footage been in the public eye before it was supposed to be but it also appears that it breaks Microsoft’s new Game Content Usage Rules that say game footage cannot be used by individuals to benefit financially. 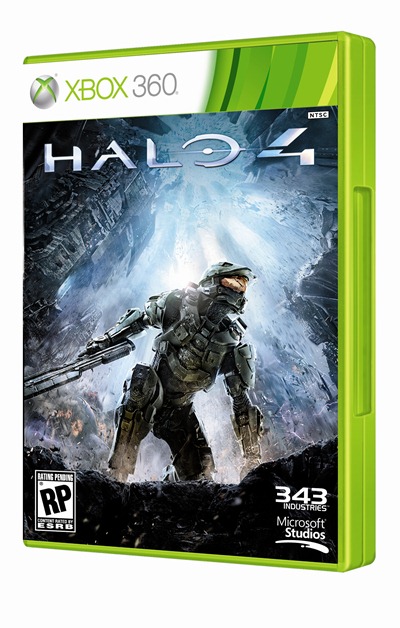 Various outlets have already reached out to Microsoft for a comment on the matter but apart from the official response outlining their intention of possible action, they haven’t given any additional information about their potential lines of enquiry or if they possibly believe the discs and footage were leaked by an official reviewer of the game.

When Halo 4 officially ships on November 6th, users will receive two discs. One that contains the actual game as well as an additional disc that contains a set of data that needs to be installed on the Xbox 360 in order to take full advantage of the extensive multiplayer features that come with the game.