A group of hackers are claiming to have found an exploit which will jailbreak iPhone 3GS with new bootrom and it will be untethered. The exploit appears to work not only in iPhone 3GS models with new bootrom, but also in all iPhone and iPod touch models. 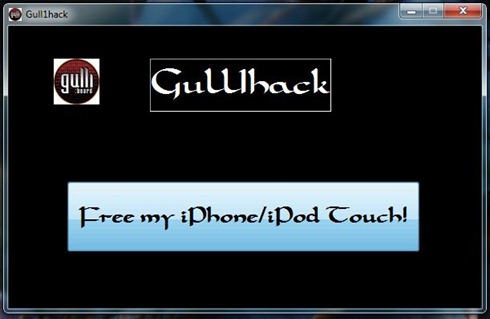 This Exploit works on ALL iPhone and iPod Touches.

While booting, we overun the buffer memory, letting the iPhone think there is something wrong; But in the moment it tries to enter safe mode, we send a boot signal like Blackra1n or Redsn0w.

They have also posted a video demo which shows off the upcoming jailbreaking tool in action.

There is no ETA for gull1hack and whether it is for real or just another fake, we’ll know soon about it. In the meantime, you can follow our complete jailbreaking guide for iPhone 3.1.3 firmware for iPhone 2G, 3G, 3GS and iPod touch 1G/2G using redsn0w 0.9.3, redsn0w 0.9.4, sn0wbreeze, PwnageTool 3.1.5. Unlocking can be done using ultrasn0w or blacksn0w.

UPDATE 1: Both Gull1hack and Blacksn0w V2 have been confirmed as fake tools. More info can be found here.