The extremely popular Gridlock tweak can now be added to the growing list of packages that have been revamped to support modern iOS devices with 64-bit architectures. Any jailbreak enthusiast worth his salt will have more than likely investigated the Gridlock package, especially those who jailbreak their iOS device with aesthetic customization in mind. 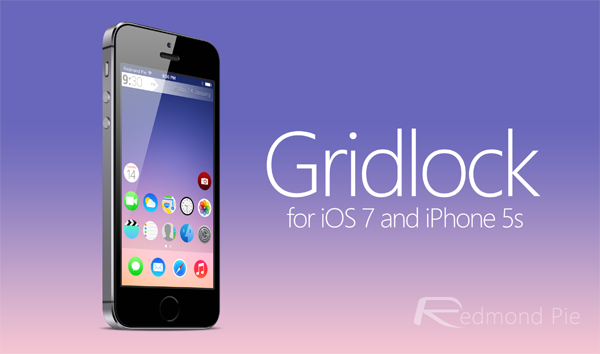 Until recently, there hadn’t really been any other effective tools available in Cydia that allowed icons to be easily arranged into random layouts. Gridlock had been standing in a class of its own until the release of the HomeScreenDesigner package that we have previously covered, which offers extremely similar functionality, albeit implemented in an entirely different fashion.

Jailbreak fans who are heavily into mass customization may still want to check out the extensive HomeScreenDesigner package as it offers a number of advanced features that aren’t present in Gridlock, such as the ability to implement different layouts on each home screen as well as share layouts with other members of the community who use the tweak.

Users who require nothing more than simply changing the way icons are laid out, and who have previously purchased Gridlock, will be glad to hear that the package now fully supports jailbroken iOS 7 devices. This latest update to land in Cydia also offers full support for Apple’s iPhone 5s that includes the company’s A7 processor built on the ARM64 architecture.

A lot of care has also been put into Gridlock to ensure that it supports as many versions of iOS as possible. It would seem that not a great deal has changed in iOS in the way that icons are handled, as Gridlock currently offers support all the way back to iOS 3.X. 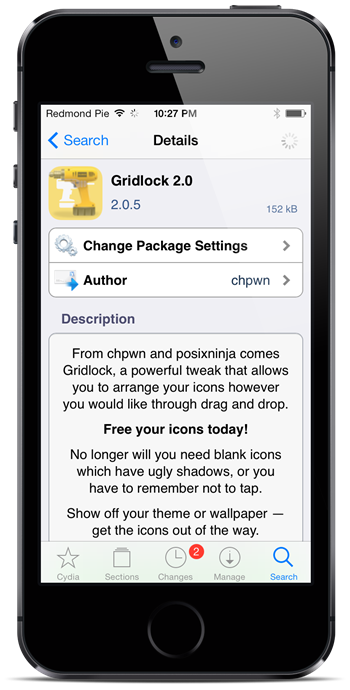 Version 2.0.5 is available to download immediately from the BigBoss repository as a free-of-charge update for existing owners. Those wanting to get in on the Gridlock action as a new subscriber can grab the latest version for $1.99.