When video game franchises manage to span generations and spawn multiple releases over a period of time, more often than not, a movie is made thereafter. We’ve seen it on multiple occasions, and now, one of one of the most popular racing games is said to be hitting the big screen. With the Need for Speed movie having recently seen a teaser trailer for fans to drool over, Sony is reportedly preparing something similar for the immensely popular Gran Turismo.

Perhaps it’s just another attempt to cash in on what is quickly becoming a rather tired format, but with Gran Turismo having a certain air of class and superiority over those nitrous-befuddled super machines, perhaps Sony will break away from the Vin Diesel and Dwayne Johnson, Fast and Furious type movies, which have way passed their sell-by date.

One note within the report, that inclines me to think Gran Turismo will offer a fresher take on popular fast car movies is that Mike de Luca and Dana Brunetti (of The Social Network fame) are said to be having a hand in the flick. The Social Network, as most of you will know, told the story of Mark Zuckerberg’s rise to prominence through Facebook, and although the inclusion of two of its producers doesn’t guarantee success, it’s certainly an encouraging sign. And at this point, we’re ready to digest encouragement apart from anything else.

As a Gran Turismo fan, I do hope this movie, should it ever reach fruition, doesn’t let the franchise down. Ever since the original title landed on the original PlayStation, Gran Turismo has been seen as the authority in high-end driving experiences, and with the visuals always managing to look better than essentially every other racing game around at the time of release, we’d expect any movie to be equally as impressive. 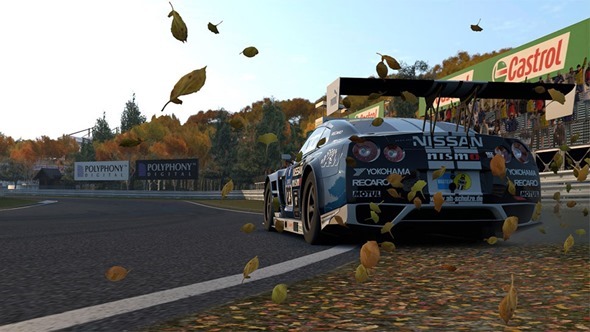 What do you think, would a Gran Turismo movie be a cheap, unnecessary attempt to siphon more money out of an already successful series? Or do you believe, after such a long time as a seminal icon in the industry, that a box office smash produced by the same guys behind the Social Network is just what Gran Turismo deserves? Do share your comments below, it’s always great to hear from you!