There is little arguing against two-step verification at this point, especially with what seems to be at least one large online presence being compromised each week. Two-step verification goes some way to minimizing the risk of having an account compromised, and Google knows that it needs people to keep their accounts secure.

While Google already offers two-step verification via either an SMS or an authenticator app that generates a new code that can be used to log into accounts, it has today announced what it calls Google prompt, and it’s an attempt at making it easier than ever to enable two-step verification with the absolute minimum amount of work needed by users. 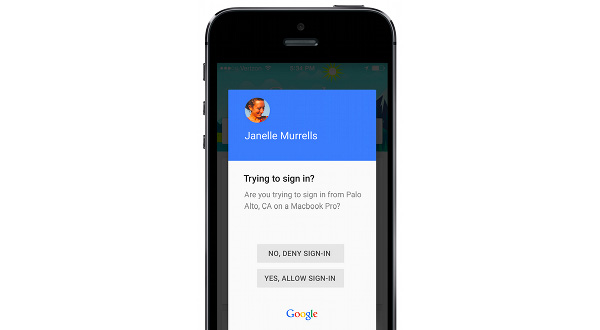 Using Google prompt is easy. Instead of receiving an authentication via SMS or generating a new code via an authenticator app, users will instead be prompted by the Google app on either iOS or Android with the question of whether to allow access to the account in question, and it requires nothing more than a tap of a button to answer.

If a user selects to allow the attempted authentication, then access is granted, and while Google prompt does rely on users also having the Google iOS or Android app to hand, it does away completely with the requirement for users to enter 6-digit codes completely and that’s always good news as far as we are concerned.

By removing as much work on the user’s part as possible, Google is hoping to get those who do not currently have two-step verification enabled to right that wrong. Most will already have the Google app installed on their iPhones or Android devices, so the requirement from users is as low as can be. If that’s enough to get more people to activate two-step verification on their Google accounts, then that’s just fine by us. 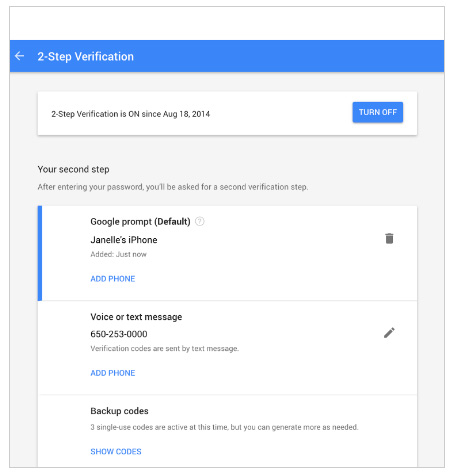 To enable Google prompt on your account, head to Sign-in & Security > Signing in to Google > 2-Step Verification section on your myaccount.google.com page to get started.