Google has decided to celebrate the first anniversary of its one-year-old My Account hub by extending a set of features that will now allow Android and iOS device owners to locate their lost or stolen device. Google’s My Account service was introduced this time last year as a centralized hub that would provide immediate and easy access to a range of tools and utilities designed to safeguard user data and protect an individual’s identity on Google.

Part of that service has historically allowed Android phone or tablet owners to access the Android Device Manager to perform certain tasks on a lost Android device. Now, that functionality has been extended to the My Account hub with support for Apple’s iOS devices. 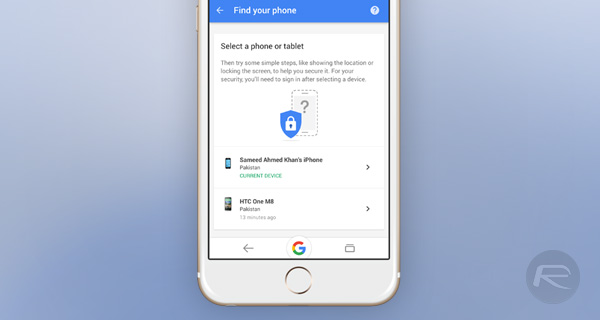 As Google rightly points out in an accompanying blog post to mark the anniversary of My Account, consumers are becoming increasingly reliant on devices like smartphones and tablets. As part of that reliance, we generally think nothing of uploading and saving all of our sensitive data directly to the device. We regularly take photographs of children, adored pets and loved ones. We have multiple email and instant messaging accounts active on a device storing sensitive emails. We even access our banks and credit card accounts from the palm of our hands without giving a second thought to it. If that device is lost, essentially, so is the data.

The new Find your phone feature is one method to be able to try and alleviate the pain of that situation. Users are able to quickly and efficiently locate the phone in a few simple steps, as well as lock and call the telephone remotely.

If that’s not enough, there’s the option to secure the account if it’s feared that it has fallen into the hands of malicious individuals, and to also leave a callback number on the display incase it’s found or discovered by a good samaritan. This particular set of tools is now available to both Android and iOS users, but does come with some limitations in reality. 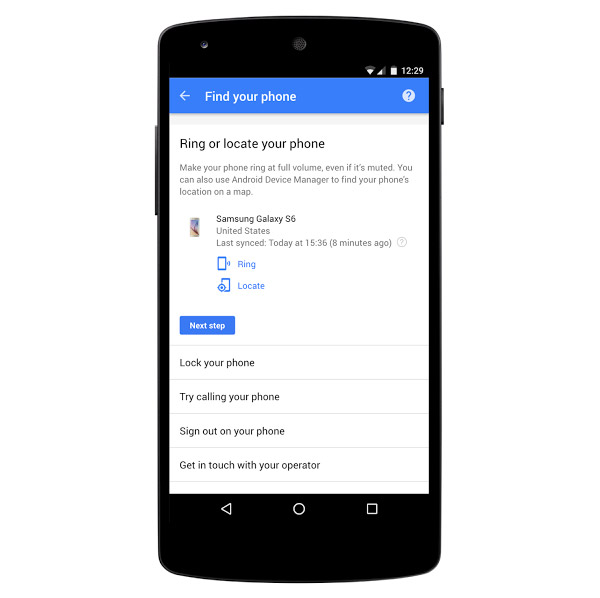 Google is unable to actually take control of a lost iOS device, so instead directs the user to Apple’s iCloud service in order to find and lock the device. You can actually call the device directly should you wish to do so, as well as log out of all Google services that were once logged in on the lost or stolen iOS device. In addition, rather than constantly having to access the My Account section of Google, users will soon be able to simply search Google for “I lost my phone” to begin the process.