New ‘My Account’ Hub Tells You Everything Google Knows About You

Google has historically been chastised for its lack of transparency and ease of configuration as far as it comes to privacy and security of accounts, which is why at this week’s Google I/O the company announced My Account, a new Web page that aims to put all of Google’s account-based ills right.

Starting today, My Account is live for all Google accounts and from initial inspection it is certainly a step in the right direction. Right from the My Account page, users can edit their personal information as well as close their Google account completely should they so wish. If not though, settings can be changed that alter how targeted ads are displayed and users can see just what other information Google has about them – including location data collected by mobile devices. 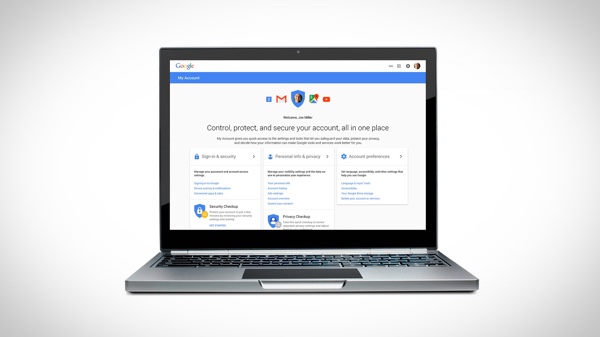 If a user isn’t quite sure how secure their account is, Google’s new Web page allows them to perform both privacy and security checkups, allowing users to make informed decisions about what data Google does, or does not hold about them.

If that’s not enough to clear any confusion then Google has also launched a new privacy page that explains why Google collects the information that it does, and how it will use it going forward. If you are the kind of person that lets Google do its thing while squeezing its fingers into as many pies as possible then you may be a little surprised by just how much Google knows about you, especially when it starts drawing maps of where you have travelled over the last 30 days. We think that’s pretty impressive technology, but we know we’re in the minority here. 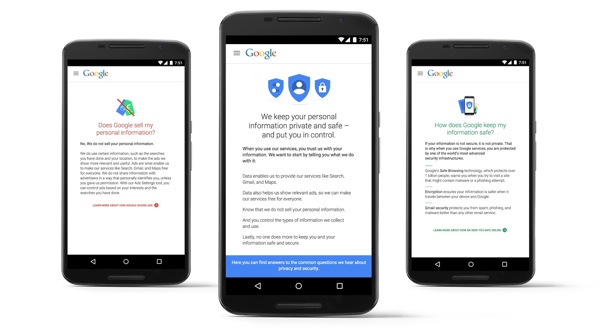 Alongside new app-specific security and privacy restrictions in the newly announced Android M, it’s becoming increasingly clear that Google is all too aware of its poor reputation in certain areas, and with the new products and features coming out of the company it at least looks like it may be starting to put things straight.

Head on over to my account.google.com to see what Google knows about you today.