We all know who Steve Jobs is. The co-founder of Apple Inc. The iconic CEO who not only revolutionized modern technology but also helped hand-assemble the original Apple-1 computer back in 1976, as well as co-create the world famous Breakout game for the Atari platform. He’s also the man who was forced out of Apple in 1985. He then formed NeXT followed by the behemoth of animation that is now Pixar before returning to lead Apple Inc. again into a new age. He is undoubtedly a big miss to the world of technology but you don’t realize just how much he is missed at Apple’s keynote presentations until you watch this clever video that has been put together of him introducing Apple’s “most personal product yet,” the Apple Watch.

The enthusiasm and passion that was consistently shown by Steve Jobs during new product presentations was undoubtedly something that endeared the world to Apple’s co-founder. Jobs is without a doubt one of the greatest business and technology minds that we have witnessed in our lifetime, but it was arguably his ability to passionately promote a product and evoke an emotional reaction from the audience that made him stand out from an extremely populated crowd of technology leaders and CEOs. It makes us wonder just what a keynote would be like if he was around to introduce the iPhone 6, or even better still, the recently released Apple Watch. 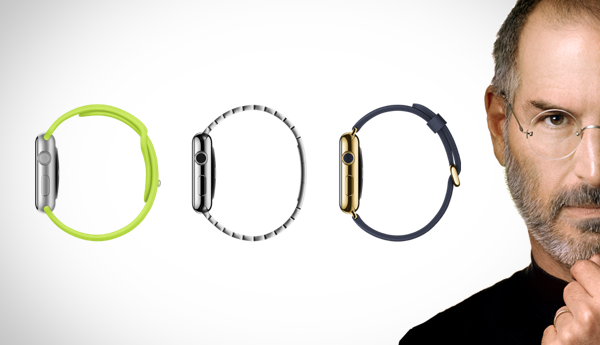 Unfortunately, we will never be able to enjoy the enthusiasm and passion of such an event, but could this embedded video be the next best thing?

The video, uploaded to YouTube under the name of John Appleseed, is a very clever creation that uses the stunning promotional footage of the Apple Watch spliced together with extremely unique and passionate presentation audio from a number of historical Apple keynotes that have been led by one of the great men of our time. The result is actually an extremely endearing and emotional look at the fantastic Apple Watch lasting two minutes and fifteen seconds.

Put up for adoption shortly after being born. A college dropout who continued his education by visiting classes unofficially. A man who never enjoyed school or learning by conventional means. A man who actually mentored Sergey Brin and Larry Page. A man who may have passed away in 2011 but still lives on as an icon of our time.

We miss you Steve Jobs.