Google Play Movies & TV App For iPhone And iPad Released, Get It From Here

Choosing whether or not to go with iOS or Android doesn’t always come down to the available hardware – although that definitely helps – with the decision often resting on the available apps and software that exist for each platform. Google has already proven itself to be more than willing to bring their offerings to the iOS platform, with that willingness to adopt iOS being shown once again with the immediate availability of the Google Play Movies & TV app for iPhone and iPad.

You may remember that at the start of the year we brought you an unofficial method on how to watch Google Play videos on your iPhone or iPad through the official iOS YouTube app. Hitting the main YouTube menu, scrolling down and selecting ‘Purchases’ bizarrely displayed all content purchased through the Play Store using that email address, as well as allowing it to be immediately viewed within the app. In the absence of an official solution, that method was extremely handy, but is now no longer necessary thanks to Google’s generosity in bringing the Play Movies & TV app to the iOS App Store. 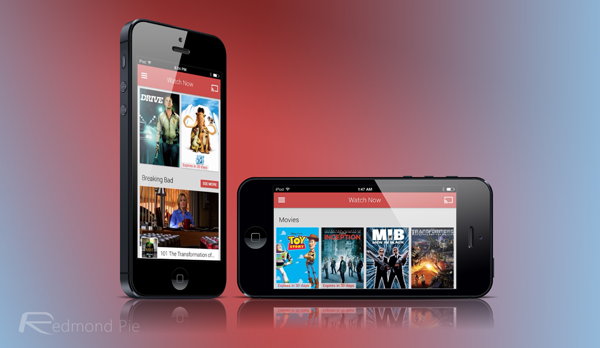 The app is universal that runs on the iPhone, iPad and iPod touch as a single download. Movies and TV shows that have been purchased directly through the Google Play Store can be accessed and viewed directly from within the app. Users who are active within the Android and Google ecosystems can hit the Play Store on a compatible device or computer, purchase or rent a TV show or movie and then immediately stream it through an iOS device using the new Google Play Movies & TV app.

Not exactly magic, but still great to see that level of choice for consumers. 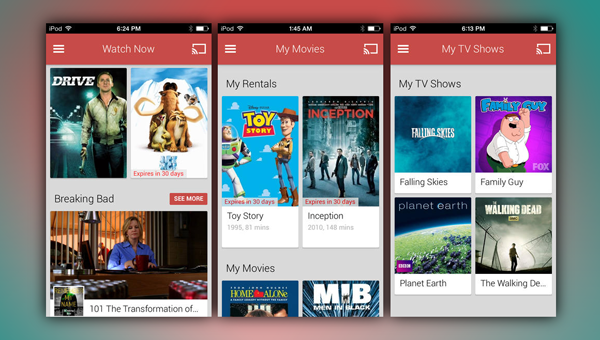 Google Play Movies & TV is a fairly standard iOS offering. The user-interface is immediately recognizable, with the Mountain View company opting for a minimal but functional design rather than going for anything elaborate. Content is arranged and structured depending on the type of media, with large thumbnails showing the album art and the name of the show or movie.

Drilling down into an individual entry shows a synopsis of what you’re about to watch as well as any associated metadata such as the director or the main stars of the movie.

Although the app is available to download now, it does come with a few precursors. TV shows are only available in the United Kingdom, United States and Japan and users must have a Wi-Fi connection for streaming content.