With the current smartphone and tablet market seeing two big competitors duke it out for dominance in Apple and Google, it’s probably fairly safe to say that one of the key differentiators for many people when choosing which to side with is the ecosystem that comes with them. Apps, music and video are all tightly tied to both iOS and Android, and they’re largely incompatible with each other.

We say largely because while it’s true that there is no way to watch iTunes-bought content on an Android-powered device (or indeed anything that doesn’t run iTunes) it’s not quite so with getting Google Play content to play on an iOS device. 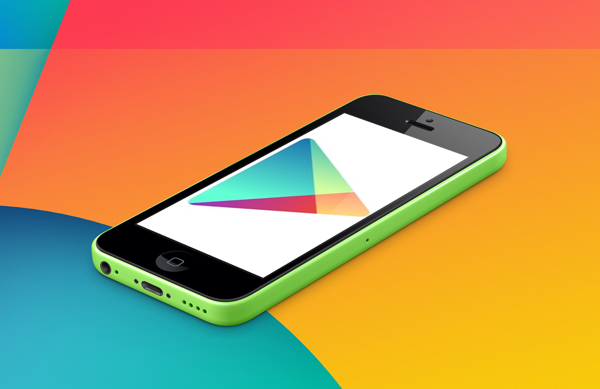 If you’ve switched from Android to iOS it’s entirely possible that you’ve got some Google Play movies and TV shows that you think you’ve left behind, but that’s not strictly true. In fact, you can actually watch anything bought through Google Play right on an iPhone, iPad or iPod touch and you’ve probably already got the software you need to do it installed.

That software is the humble YouTube app, and the content isn’t exactly hidden, either. And it takes is a couple of taps and a swipe or two to get to that content.

If you want to get to your content, then just fire up the official YouTube app and swipe right to reveal the menu system. If you scroll down you’ll eventually see an option labeled ‘Purchases.’ Tapping that will open a view showing everything that’s associated with the account that you’re signed into. If that’s an account with Google Play content, then that content will show up right there. Tap it and it’ll play, as if by magic. Or the power of the Internet. Whichever you prefer to call it. 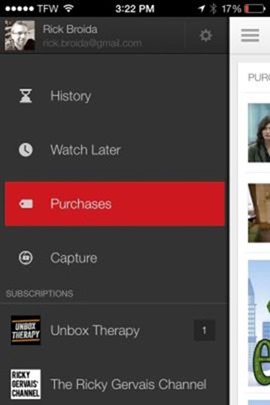 Like we say though, there’s no way that we know of, legitimately at least, to make this work in reverse so that iTunes content can be played back on something running Android, or maybe Windows Phone as well, just saying. Cue everyone bickering about Android being more open than iOS!

Arguably all this really does is make it easier for people to ditch Android in favor of iOS, but we’re sure Google doesn’t quite see it that way.